Google is one of the biggest and most profitable companies in the world. Although Google has derived most of its success in the internet and software service sectors, its forays into hardware promise to boost its future revenue potential. Google already has 6 products that enjoy more than 1 billion worldwide users and this gives it a significant edge as they enter the hardware world.

In its annual fall gala, Google announced gadgets that will likely have an impact on the company’s stock price in the future. These products are based on Android 6 operating system (dubbed ‘Marshmallow’) and they include:

The Nexus 5X and Nexus 6P

Google this year released two stock android phones from different manufacturers. Both phones feature top-of-the-range specifications but are mid-range priced. A major improvement on the devices is its camera, which has been a major let down for users of earlier Nexus devices. The Nexus 5X is a 5.2-inch phone and will be available from $379 whereas the Nexus 6P, a 5.7-inch phone, will be available from $499.

Previously, Nexus phones have not performed admirably compared to its competitors such as Apple. However, the Nexus 5X and Nexus 6P are expected to shake up the market due to their advanced features, hardware as well as software. These Nexus phones already beat Apple to the 1 billion India market by a couple of weeks and its favorable pricing will likely enhance its appeal in a relatively low income market. The pricing of these phones is also expected to boost sales in China.

While not a major driver of its revenue, Google will use these phones to build the Nexus brand as well as to continue to promote its latest Android OS and Project Fi network plan. Thus, these phones help Google to maintain its grip on the mobile OS industry and this should push its stock price higher going forward.

These devices will bring intelligence to your living room and put your phone at the center of your home theatre experience. Google released a new version of Chromecast that comes with an improved Wi-Fi technology and the ‘Fast Play’ feature that enables users to stream content at very fast speeds. The first version of Chromecast, released 2 years ago, sold more than 20 million devices and this new version, with its significant advancements, is expected to reach that figure much sooner. 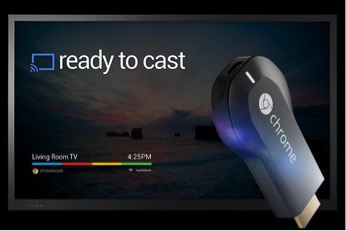 While the Chromecast 2.0 will change your TV experience, the Chromecast Audio will turn your ‘dumb’ speakers into internet-connected intelligent devices that produce super quality sound. This product came about after research showed that almost every household owns some kind of speaker. The Chromecast Audio can mirror any type of audio and is compatible with most Android apps as well as Android Wear.

These devices are well priced and will likely shake the market. The Chromecast 2.0 costs $35 and although it entered a crowded market (that includes Roku, Apple TV and Amazon Fire TV), its modest price will give it an edge over the other devices. The Chromecast Audio costs $30 and with its unique selling proposition, it will likely open a sleepy market dominated by the Bluetooth Sound which delivers relatively poor quality audio. These products, particularly the Chromecast Audio, will likely boost the company’s revenues as well as Google’s stock price going forward. 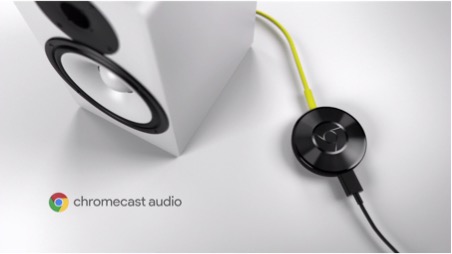 The Pixel C is a 10.2 inch android tablet and heralds Google’s entry into the tablets-for-work market. The Pixel C is a hybrid device that fuses the laptop and tablet form factor into one. It is the most powerful tablet the company has ever released and offers users the ability to switch seamlessly between laptop and tablet modes with its unique keyboard that detaches without a docking mechanism. The tablet, which is available from $499, is a potential market mover and is also seen as the first of a new line of superior-quality tablets branded Pixel. 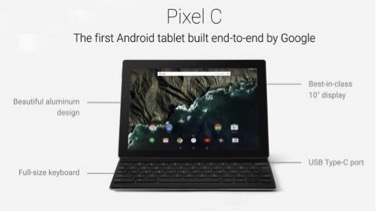 The Pixel C will likely see massive sales because of the plenty utility it offers as well as the market void left by the HTC’s Nexus last year. Sales have never topped Samsung’s Nexus 10 and the Pixel C is well placed to fill this market gap. Increased sales of the Pixel C will impact positively on Google’s stock price as investors will expect the Pixel brand to grow further and boost future demand.

With its latest gadgets, Google is consolidating its market share and making forays into new markets. The gadgets are well-priced and have the potential to be ‘big hitters’. Like every other technology company, Google’s stock price usually reacts strongly to company news enabling investors and binary options traders to profit by simply trading the news. The gadgets are expected to perform well in their respective markets and this should inspire positive news from Google, which will likely see its stock price surging higher from current levels.