by Kevin McHugh, president of JKM Management Development and author of The Honest Executive

The idea of Donald Trump as president of the United States is past the phenomenon stage. His campaign is no longer a circus sideshow. It is in the center ring – the main event. The proclaimed master of self-promotion has the world where exactly where he wants it. We are consumed with all things Donald. While the pundits incessantly debate and the media salivates for the next feast or morsel, a lost and weary nation just wants a winner in the White House.

A quick look at some of Trump’s book titles reveals the values of the man who would be president. First, you have to be Tough – with a capital “T”. His books in this category include: “Time to Get Tough: Make America Great Again!“, “Think Big and Kick Ass“, and “Never Give Up“.

Second, you need money – lots of it.  Trump teaches us about: “How to Get Rich“, “Think Like a Billionaire“, “The Art of the Deal” and “Midas Touch“. Finally, you have to compete AND you have to be the winner. You must: “Think Like a Champion“, learn “The Art of the Comeback“, find “The Way to the Top“, and once you get there you’ll need to know about “Surviving at the Top“.

Who doesn’t want to be a tough, rich winner? It sounds as American as apple pie and certainly explains Trump’s wild appeal to varied segments of U.S. voters. Is it possible that Donald Trump continues to survive his increasingly embarrassing and outrageous statements because being tough, rich and a winner resonates in such a powerful way to this nation? Barack Obama has a well-documented chip on his shoulder about it, and whether intentionally or not, has ushered in an unprecedented reduction in U.S. toughness, prosperity, and winning. The pushback from voters is real.

Assuming these themes are driving Trump’s success and that he survives despite his arrogant, insensitive, and exaggerated commentary, is it enough to carry him to the Republican nomination and on to the presidency of the United States? No. There is one critical, missing piece. Its absence will be the downfall of Trump’s candidacy and open the door for one of his competitors to lead the country back to its previous levels of prominence, prosperity and competitiveness.

The missing piece is humility. Just a touch would do. A splash behind the ears would provide Trump with the alluring scent of sincere interest in the well-being of others and the attractiveness of a powerful person who has no need to remind you how powerful he is.

In the case of Mr. Trump, humility — defined by “Humilitas” author John Dickson as “the noble choice to forgo status, deploy resources and use influence for the good of others before yourself” — is the antidote to his extreme, super-sized ego.

For example, Trump could express gratitude for having had a decent head start in life.  His father, Fred Trump, sent him to private schools and gave him a job at the family’s real estate development company. Trump had to start somewhere, and while his beginnings may not qualify as humble, he could acknowledge that his start was better than most. While Trump can have all the credit he wants for becoming a multi-billionaire, he could take a moment to mention that his father’s estimated net worth when he died was between $250 million and $400 million. How much of that wealth should Trump get credit for? It’s unclear, but typically, it’s the other way around.

Trump is a self-made billionaire who began as a multi-millionaire. Just saying, “Thanks Dad,” would be a start. And that’s only the beginning.

1. Challenge himself to do the opposite of his natural instinct to think big.

He could start by comparing his time on Earth to the time the universe has been around, roughly 14 billion years. Or he can compare his best 40 or so years of productivity to the 200,000 years Homo sapiens have been walking around. In other words, Trump’s impact, or anyone’s for that matter, is small in the big picture. Donald might experience a little humility with an intellectually honest examination of the nature of all existence, the purpose and meaning of all life, and the inevitability of his own death. If he has done this already, he could boost his standing with the people by sharing his core beliefs from the heart – not from the handbook of how to build your personal brand.

Humility is evidence of courage and high self-esteem. Harvard professor Clayton Christensen addressed the 2010 graduating class of Harvard Business School and reminded them of the importance of humility. He taught a class where students were asked to identify the most humble person they knew. The characteristic that stood out about these humble people was their high level of self-esteem. In other words, to put the interests of others ahead of your own requires that you feel good about yourself. Not prideful, but secure with a healthy sense of your own abilities and worth.

You can’t practice of checklist of “humble” behaviors.  Some articles offer actions to attempt: practice selflessness, admit your mistakes, listen to other viewpoints, be a good follower, and so on. While these are generally favorable behaviors and decent leadership attributes, real humility is a virtue. It is about having a higher moral standard. Does Trump have such a standard or is he a narcissist? Is his arrogance part of his show, or part of who he is?

4. Humility requires self-reflection and acceptance of the possibility that there is someone or something greater than oneself.

For some this points to the need for a higher power. For others, it might point to an idea or concept, or greater good.  Regardless, without a sense that one is not the center of all things, humility, or something close to it, is just a mirage.

Trump has an opportunity like no other candidate. He has everyone’s attention and his message of toughness, wealth, and winning appeals to the country. Donald Trump wants to be elected to the most powerful job in the world. He could get elected if he learns that strength and humility are not mutually exclusive. He has half the equation. Now, pass the humility please. 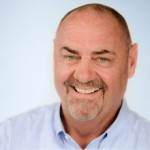 Kevin McHugh is the president of JKM Management Development, a management consulting firm specializing in increasing organizational performance and coaching business leaders to develop emotional awareness, conflict resolution capabilities, and maximize executive effectiveness. He is author of The Honest Executive.