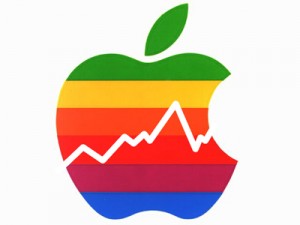 With an impressive product lineup of new iPhones, Apple watches, iPads and an all-new Apple TV queued for shipment this week, 2015 is the most successful year of revenue growth for Apple, according to Apple’s CEO Tim Cook. Apple’s sales increase of close to $234 billion reiterates its commitment to quickly release superior devices to the consumer.

As impressive as Apple’s revenue growth is, there are five companies expected to become the next Apple in the near future:

As the provider of analog semiconductor components for Apple’s products, Skyworks Solutions generated a consecutive revenue growth of at least 29 percent in fiscal 2015. Thanks to CEO David Aldrich, the company undoubtedly used its ongoing relationship with Apple as the stepping stone needed for it to make its own advancement in quarterly earnings and dividend. The Skyworks Solutions growth is largely due to its key involvement in IoT, payments on mobile devices, and Internet connectivity.

GoPro has tapped into what has turned out to be a very successful marketing niche with its line of wearable cameras. GoPro’s 24 percent revenue growth in 2015 speaks well of its growing popularity among mainstream consumers who like the convenience of having a lightweight, portable, high-def camera plus strap on accessories at their fingertips. From the very beginning, GoPro’s mission was to become more than a portable camera provider for bloggers and extreme sports enthusiasts. It aims to one day expand into a media company; this objective appears more probable as GoPro’s sales continue to increase at a steady rate.

Netflix is another strong contender worthy of consideration. Its 23 percent revenue growth in 2015 reflects a steady following of video streaming subscribers of an estimated 3 million. Although Netflix’s domestic video subscriptions have slumped somewhat, its global expansion appears to have compensated for any revenue losses tracked within the past few months.

The online retailer Amazon experienced an 18 percent growth of revenue in 2015. This growth comes in spite of a string of declining net sales from the fiscal period of 2011 (40.6 percent) to 2014 (21.9 percent). Moreover, Amazon has seen a slight acceleration in its growth of 22.1 percent in net sales has been observed over the first nine months of 2015. Overall, Amazon continues to make its mark online by reaching $100 billion in sales. Analysts predict that this number will gradually reach in the high teens within 2016.

Amazon’s most recent objective is expediting the shipment time orders are shipped out and received by consumers.Free same-day delivery started out as a pilot program in Los Angeles, where local Amazon couriers delivered products to consumers within the same day of submitting their orders over $35. Same-day delivery has been so successful that Amazon decided to expand this program in other major cities, such as San Diego, San Francisco Bay Area, Seattle-Tacoma, Phoenix, Dallas-Fort Worth, Chicago, Indianapolis, Washington DC, Baltimore, Boston, Philadelphia, New York, Tampa Bay, and Atlanta. Along with Amazon’s free same-day service, it recently launched Prime Now which is a super-fast delivery service where consumers can receive products within one to two hours.

Google (GOOGLE, Tech30)’s Android is expected to eventually surpass Apple in revenue sales with 18 percent revenue growth in the smartphone and tablet market. However, it may take several more months of marketing strategies for Google to really be seen as a formidable opponent of Apple. Since Google is growing at a rapid pace, it will be interesting to see how analysts translate a website of this magnitude as the next Apple based on its bottom-line growth in 2016 and beyond.

Apple is one of the highest earning companies in the tech industry. However, the smart marketing efforts and expansion of companies such as Skyworks Solutions, GoPro, Netflix, Amazon, and Google are making more and more inroads in Apple’s long-running streak of revenue growth which all are slated to surpass Apple’s percentages in the near future. 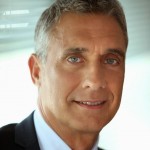