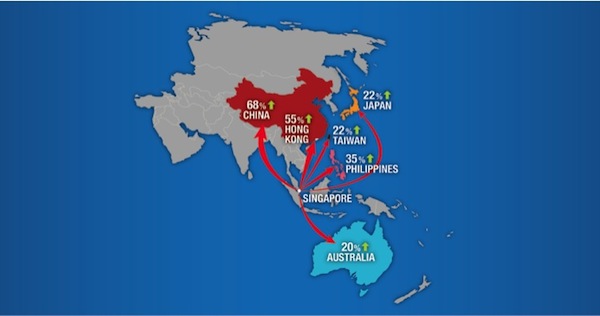 As companies grow and expand into new global markets, this expansions comes with it issues related to maintaining proper cooperation and methods of communication across the diverse number of employees and cultures that the company has now begun to encompass. Before proceeding, it is first important to take note of the fact that communication between two different cultures is often fraught with a lot of unintended misunderstandings that can result in a variety of negative outcomes when it comes to creating cooperative relationships as well as when it comes to implementing particular projects.

This article will discuss the methods that have been developed thus far to address them and enable smooth operations in what has now become a multinational enterprise.

One of the main issues when it comes to cross border operations is the fact that it is often difficult to truly convey ideas over the phone or through an email. The best example that comes to mind is when an executive from the main branch of a company sends an email and asks if everything is fine and the person on the off-shored location states that it is when in reality the problem is far from “alright”. This type of miscommunication is brought about by two distinct factors: the first is the general impersonal nature of email while the second is the desire for the off-shored employee to resolve the problem before it reaches the upper management of the main branch of the company.

It is when these two are combined that what occurs is a combination of miscommunication and intentional obfuscation of information. IntechOpen states that this is actually quite common when it comes to multinational enterprises with multiple foreign locations since each branch believes that it is “beholden” only towards itself. This particular attitude is further fostered by the fact that its relative independence from the main company branch as well as the lack of direct managerial intervention from the main company results in the implementation of unilateral decision making for that specific offshore location. Over time this can diverge from the main goals of the company and can result in a conflicts of interest when it comes to implementing a global strategy for sales and corporate development.

It is due to incidents such as these that it is highly recommended that for video conferencing equipment, BlueJeans or other trusted providers be selected for equipment purchase in order to help reduce the potential manifestation of this independent streak. GMU.edu explains that direct face to face interactions often results in a person being more amenable towards instructions that are given whereas the impersonal nature of emails come off as mere “suggestions.” As such, by establishing a direct line of face to face communication, the main branch of a company is able to ensure that instructions are followed to the letter and that all problems are reported as they occur instead of when the off-shored branch decides to.

Another of the issues related to international expansion comes in what can only defined as “culture clash”. As companies expand and become multinational enterprises with employees from different regions and nationalities, this creates an issue when it comes to fostering cooperation between teams from two different cultures. Community of Knowledge states that this is in part due to the fact that both teams don’t understand the cultural nuances that are inherent in either team’s culture and, as a direct result of this confusion, creates a considerable amount of conflict. Examples of the negative outcome that culture clashes can have on company operations can be seen in the development of Windows Vista wherein U.S. based teams and those based in India often had numerous inter-departmental conflicts that centered around development schedules, miscommunication and issues related to how both teams perceived the other from a cultural standpoint. In order to resolve such an issue, cultural exchanges were implemented along with implementing the use of lessons that focused on creating a greater level of cultural understanding. This helped the individual teams to understand their counterparts and resulted in better long term cooperative behavior.

A similar strategy can be implemented in the case of Singaporean companies that have recently expanded abroad wherein exchanges and cultural sensitivity lessons can be implemented to promote better cooperative behavior across the different international departments.

Overall, there are several issues that companies need to take into consideration when during the process of international expansion. Some may be relatively minor or can be incredibly complex depending on the situation at hand. It is thus recommended that a company start out slow with its expansion and address issues as they come rather than aim for a rapid expansion that my result in numerous problems that cannot be addressed adequately.