Remaining at a job even though you’re unhappy or unappreciated is like dangling on a low rung in Purgatory. Staying in your position may have its financial rewards, but it’s not doing you — or the company — any good. In fact, a new movement has CEOs offering to pay employees to leave if they’re not interested in staying.

For many working Americans, job satisfaction is an elusive goal, especially when you add quirky bosses and erratic coworkers to the mix. Office politics, we all know, come with every job. But when you’re devoting the bulk of your waking hours to your professional life, is it too much to expect to enjoy yourself some of that time?

If you’re plagued by any of these warning signs at the office, it may be time to come up with an exit strategy:

1. Fed up with being the fall guy.

Tired of propping up your incompetent boss who never shows up prepared even after you’ve spent hours laying the groundwork? Sick of having to be the messenger that tells the client you’ve come up short? If you’re carrying a team of slackers on your back and know that it’s putting your own reputation at risk, it’s time to look for that next position.

Months have ticked by since you took a position below your skill level just to get your foot in the door. But the creative team won’t give you the time of day, and you’re stuck with all the lowly tasks. You’ve even shared that you have an inside source at the company they’re wooing as a new client, but no one deigned to follow up. They’ll never see the talent you can bring because upward mobility at this company doesn’t extend to clerical personnel. When there’s no path up, it’s time to step off.

3. Perpetually passed by on the promotion platform.

It’s happened again. The company overlooked you and promoted a coworker you know is your inferior. Just like before, you’ve put on a good face while you internally cycled through the disappointment, anger and frustration — but frankly, this time you’re insulted. You know you have the skills, the passion and the professionalism to excel at the next level of the company. You’ve even sought out your supervisor for feedback when you were previously passed by, and took that feedback to heart. Now, before resentment gets the best of you, it may be time to reactivate your network and look for new opportunities.

4. Bullied to the brink.

Admittedly, you had your reservations about the boss’s aggressive personality when you took the job. Still, you thought you could rely on your thick skin. Now, after enduring the humiliation and ridicule as the boss’s most accessible victim, the abuse has finally gotten to you. In fact, you can no longer stand the sight of this belligerent bully! Your predicament isn’t unusual: an Employment Law Alliance Poll shows nearly 40 percent of U.S. workers say they’ve worked for an abusive boss. As much as you’d like your revenge, resist the temptation. Never retaliate. But do what it takes to preserve your sense of self-worth before you get to your breaking point.

When the boss still uses a dictaphone and inbox of the plastic tray variety, it can feel like you’re stuck paddling with oars while your competitors are moving full-throttle ahead in their speedboats. Bringing your aging Baby Boomer boss out of a 20th Century mindset wasn’t supposed to be part of your job description. Still, you’ve tried your best: putting together charts and graphs to make the case for an upgrade and patiently explaining over and over again how an interactive website can improve sales and customer satisfaction. If the boss won’t budge, it’s time to move your foot from the brake and accelerate to a better-suited position.

6. Saddled with an insatiable narcissist.

We all know the type — those people whose heads are so big they barely fit through the door. They achieve their status through misrepresenting themselves, and then contrive to make everyone else their underlings. Their grandiose visions for the company are unrealistic, if not absurd, but they devalue anyone else’s opinions and ideas. Now the narcissist senses that your allegiance is wavering, and you’ve fallen out of favor. For your own sanity and self-preservation, get out from under your narcissistic boss before you’re forced out.

Ready to make your move, so now what?

If the signs are telling you — and your ego is screaming to you — that it’s time to move on, then what?  Getting a new job can be both time-consuming and stressful. But just taking that step of making some plans and putting them in place can improve your outlook and increase your prospects.

Put your exit plan into action with these three strategies:

Take baby steps – Attend a networking reception. Try reaching out to industry leaders before you truly need them.

Have lunch with an executive recruiter – Share your intention with someone who can evaluate your candidacy for your new dream position. 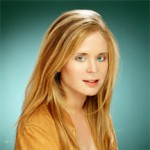 Vicky Oliver is a leading career development expert and the multi-best-selling author of five books, including “Bad Bosses, Crazy Coworkers & Other Office Idiots” and her new book, “Live Like a Millionaire (Without Having to Be One). She is a sought-after speaker and seminar presenter and a popular media source, having made over 700 appearances in broadcast, print, and online outlets. For more information, visit vickyoliver.com.