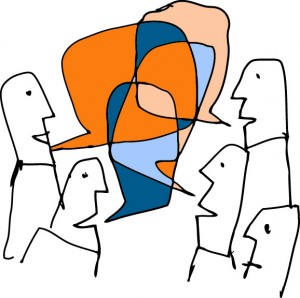 Carnegie Mellon Business professor John Hooker points out in his study “Cultural Differences in Business Communication” that cultures rely on their core values. One such situation is business. It is for this reason that communication between businesspeople from different cultures with differing cultural values can be difficult, and this is especially true with the radically differing value systems of Asian and Western cultures. If you want to come off as the more professional party, you can take it upon yourself to learn a little bit about your partners’ business culture and adjust your behavior accordingly.

To help you with that, the following list summarizes several of the greatest fundamental differences you may come across is a video conference with Western business partners and how you can adjust your own behavior to make yourself come off as more diplomatic.

As Hooker points out, most Western cultures are low-context, meaning that they are generally more specific about what they want and need more explicit instructions to assure understanding of a concept. Consider, as an example, the fact that low-context cultures like the United States of America tend to name all their streets and put up a lot of directional signs to tell civilians what to do. In a very high-context culture like Japan, the streets are very rarely given names and civilians are expected to find their ways around based on the fact that they have lived in the area for their entire lives and know the lay of the land. While the high-context approach is often more efficient for those “in the know,” the low-context approach works much more smoothly for diplomatic purposes. The point is, you should go the extra mile in providing clear directives when video conferencing with Westerners.

As one might be able to infer from the last point, Westerners tend to be a lot more direct than their Asian counterparts when it comes to business interactions. But a study by Jeffrey Sanchez-Burks found that, although Westerners tend to be considerably more blunt in the workplace, the level of directness they use when talking with friends is about equal to that of Asians talking to their friends. This means that you can try to create a more informal environment during your video conference where your Western business partners can consider you as a friend. Of course, you’ll want to do this subtly; you don’t want to come off as overly unprofessional. But you should try laughing, telling jokes, revealing personal details, and other friendly behaviors in order to establish a more laid-back tone. In this way, you can coax your Western business partners to adjust their behavior in a way that will minimize communication issues and you will also build a bond that will help win your partners’ favor.

Demand Media’s Eric Feigenbaum notes that there is a significant difference in power distance between Eastern and Western cultures, and this difference is especially noticeable when it comes to business culture. While it is expected that the inferiors in a Singaporean firm will not question their superiors or object to their orders, it is considered normal in a Western business. When the two cultures come together, this difference can cause problems if not addressed. To accommodate the Western businesspeople in a video conference, you should, although it may seem unnatural, think of them all as being on exactly the same level of power as you. If you are addressing a Western superior, it is important you do not come off as too subservient, as it will make others in the conference consider you to be weak. If you are addressing an inferior, it is important you do not appear aloof, as it will make others view you as rude. Do not be offended if a Western businessperson addresses in what you feel is an overly casual nature for a remote business meeting; it is just cultural differences at work.

Although the differences between Asian and Western business cultures are very numerous, you need not be daunted by intercultural communication. Your Western partners are probably also aware there are differences and will most likely also be making an effort to adjust their own behaviors in order to have the smoothest video conference possible. Realistically, you and them will probably meet somewhere in the middle. And while you are taking care of the human aspect of the negotiation, the last thing you need is for the technical side to cause problems for you. Making sure you have a quality video conferencing service – Blue Jeans Network Singapore is a good example – is a very important part of making sure everything runs smoothly. Combine good programs with communicative know-how and your video conference is almost a guaranteed success.