by Douglas Obey, author of “Money & The Human Condition“

The presidential candidates are starting to define the issues important to them as they try to gain traction with voters but are those issues what are most important to Americans? Based on the candidates leading in the polls on the Republican side of the race it’s obvious that voters are looking for change and preferring straight talking, anti-Washington candidates. Hot topics have included Immigration, Iran, China and foreign policy in general, and jobs.

I feel the 5 most important questions we should be asking the presidential candidates are the following.

1. Where do you stand on lowering the corporate tax rate in the US?

Currently the US has a higher corporate tax rate (35%) than most if not all developed nations around the world. Lowering it would solve the problem of companies moving facilities offshore and repatriate much of the business that is already located in other countries. This would help create jobs and boost economic growth. Hong Kong has a 10% corporate tax rate. Is it any wonder they are the home to more corporate headquarters than anywhere else in the world?

Certainly the border has to be secured but the idea of deporting 11 million illegal immigrants is not only implausible but completely unacceptable to 72% of American’s polled. We need a policy that allows those illegal immigrants to remain here legally eliminating their exploitation from employers. However, we cannot allow them to burden our social benefits programs that they are not entitled to. We also need a program that does not leap frog them ahead of immigrants trying to come into our country legally. And finally we need to reform our current immigration process to make it easier for the best and brightest from around the world to immigrate here making our nation and economy even stronger with their contributions.

3. How would you reform welfare if at all?

Our welfare system is debilitating, not only for our country but also for its recipients. A handout to someone capable of doing for themselves destroys human innovation, initiative and incentive. Our country has an obligation to provide for those who cannot provide for themselves. including children, but should stop there. We should help people help themselves and end the handouts that too often are destroying families, perpetuating the cycle of welfare and eliminating people’s self determination. Too many of our inner cities are evidence of a failed welfare system in this country.

4. How would you keep social security from going bankrupt or bankrupting our country?

Social Security, Medicare and Prescription Drug programs are unsustainable in their present state. The estimates vary between $50 and $70 Trillion to provide the baby-boomers with the benefits they have been promised. You simply cannot tax the generations below the boomers enough to afford those benefits. Only a combination of growth, inflation and reform (means testing) will allow these programs to continue into the future without putting undo pressure (increased taxation) on the economy.

5. How would you make the ever increasing college tuition more affordable for America’s youth?

College is no longer an option. The competition for good paying jobs along with the needs of American industry requires a college education. The cost of the average private college tuition in the US is $31,231 for tuition and fees. That’s more than three times the cost for tuition for in-state public colleges, averaging $9.139. If eyeing an Ivy League college the least expensive tuition  is a mere $49,069 and that is for tuition and fees alone not counting room and board.

These costs are putting America’s youth in such debt, that they are postponing getting married, starting families and buying homes, having a negative trickle-down effect on the economy and that’s if they can find that big paying job they need to pay back their debt. This is creating an entire generation who’s purchasing power is crippled and thereby crippling economic growth in the US. All the while these colleges and universities enjoy the benefits of tax free status, contributing nothing to state or federal coffers, all the while watching their endowments compound exponentially. 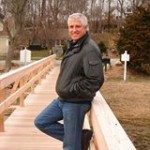 Doug Obey has over 30 years experience helping people as a financial planner and investment advisor and is the author of “Money & The Human Condition“. Obey is also a self-made, successful entrepreneur and business owner who has acted as CFO and advisor to many other business owners.