By Beth Noymer Levine, author of “Jock Talk: 5 Communication Principles for Leaders as Exemplified by Legends of the Sports World“

When was the last time you or someone you know complained because a speaker was brief? Quite the opposite, right? Like bling, brevity immediately gets our attention. It’s a quick way to be memorable and ensure that your audience retains your points. There’s nothing quite like brevity for making a lasting impression.

Regardless of how brilliant or compelling a speaker’s material is, audiences get downright annoyed when speakers are long-winded or go over their allotted time. In these cases, even if the content is stellar, the takeaway is a less-than-stellar impression. When people use the words “brief and to the point” to describe a speaker or presenter’s performance, it is usually high praise.

The opposite is also true; brevity can enhance a career. I worked with a client who was the president of a division of a large publicly traded company. He was about to assume a leadership role with a prominent national industry group, and he and the other four division presidents routinely made formal presentations at the company’s quarterly board meetings and at the annual share- holder meeting. He hired me because he believed he lacked the polish, sophistication, and educational background of the other executives; in his words, he wanted to “sound better.”

When I met with him for the first time, I was struck by a smart, authentic — yes, quite folksy — and charismatic guy. He was hoping to lose his “twang” and acquire some “fancy” new vocabulary words, but I knew immediately that I wanted to preserve his natural speaking style. My goal was to work with him on being brief — crisp, impactful, and to the point. And that’s exactly what we did; we worked on brevity.

At board meetings, he became the guy with one slide, three key points, and very few details to share. He summarized and captured the “so what?” of his division’s performance, which was, of course, outlined in much greater detail in the board’s briefing book. It became customary for him to speak for only three to five minutes. Despite the high praise he began receiving from the CEO, board members, and even his colleagues, the other division heads continued to deliver long, detailed, multi- slide narratives of their divisions’ performances. My client’s reputation — and self-confidence — shot up after just the second quarterly board presentation. He went on to employ the principle of brevity internally with direct reports and externally at his industry group board meetings.

Brevity makes you memorable and likeable. How many famous hour long speeches are there? Not many. Think about the Gettysburg Address. President Lincoln’s three-minute speech has resonated for more than 150 years, but no one remembers Edward Everett, who was supposed to be the main speaker that day, or his two-hour oration.

Brevity makes good common sense, for sure. But it becomes imperative when you start to think about your audience’s tolerance and capacity for information. We are all succumbing to “Twitter-brain”: shrinking attention spans that result from and demand shorter and shorter messages.

According to research conducted by psychologist Dianne Dukette and physician David Cornish, adults are able to maintain twenty minutes of sustained attention. However, within those twenty minutes, the audience needs to experience a “stimulus change” every few seconds in order to maintain focus. The stimulus change can be as subtle as the speaker moving or shifting positions or as overt as a change in visuals or sound.

Brevity — or perhaps we should call it efficiency and expediency — in communication takes discipline and planning. As the speaker, it’s up to you to do the hard work of organizing your thoughts and packaging your content for your audience.

It’s up to you to identify what you want your audience’s take-away to be and then deliver that. It’s also your job to think ahead about your audience’s experience and their appetite, or lack of appetite, for detail. Most of all, it’s up to you not to get carried away and keep on talking just because you can. Being brief takes effort and discipline, but the end result—measured by the audience’s impression of you and their retention of your message — will be well worth it. It’s the effort and discipline of an all-star.

Consider this quote from Muhammad Ali, who was talking about being a boxer: “It’s just a job. Grass grows, birds fly, waves pound the sand. I beat people up.” Brief, simple, impactful, to the point, and certainly memorable.

Brevity is one of the most important factors within your control as a speaker. It’s a great tool and an attention-getter. It is memorable and, when used well, it gets the right result quickly. 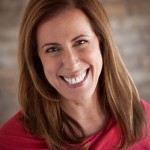 Communications coach Beth Noymer Levine is author of “Jock Talk: 5 Communication Principles for Leaders as Exemplified by Legends of the Sports World“. She is an expert in helping Fortune 500 executives, professional and world-class athletes, and other high-profile individuals effectively think about, prepare for, and deliver their messages to important audiences. The founder of SmartMouth Communications, Levine has written speeches, developed messaging strategies, and coached business executives, politicians, other professionals, and, notably, athletes. Her clients have included members of the Utah Jazz, the U.S. Ski Team, U.S. Snowboarding, the U.S. Speedskating Team, and several collegiate athletes.