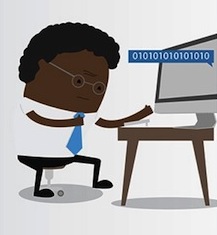 Everyone has an idea for the next big app. Just the other day, a friend pitched me a dating app that would give men geolocation details about all of the women in a bar, allowing them to strike up more natural conversations. For a man, that would be fantastic, but what woman would upload her personal info and location to be viewed by every random stranger in the city?

That’s the exact opposite of what women want! Thus, his app would never succeed.

For an app to really take off, it needs to be a solid, feasible concept with great marketing behind it. All the resources in the world won’t guarantee a hit. An app must solve a real problem and make people’s lives easier. It’s difficult to know whether your app would rock the world, but here are four telltale signs of an impending dud:

1. You Don’t Understand Your Audience.

After the success of Angry Birds, Rovio Entertainment spent millions promoting Angry Birds Stella, a female-focused version of the game. Despite the immense marketing power and money behind Rovio’s efforts, the game was a complete flop. Why? For starters, Angry Birds wasn’t inherently masculine to begin with — few casual games are gender-specific.

The company also assumed that female gamers wanted something different than their male counterparts, so it broke the conventions that made the Angry Birds franchise so popular in the first place. Millions of users are still clamoring for more Angry Birds, but few even recognize Stella.

When Bill Nguyen started his Color app, he was able to raise $41 million in funding for an app that promised to “change the world.” The app geotagged photos to provide a real-time glimpse into what’s going on right now all over the world. It’s a really cool idea. The problem was that the app had no content at launch. People downloaded the app, saw a few nearby photos, and collectively shrugged.

Rather than a standalone app, Color should have been an add-on feature for an existing application program interface, such as Foursquare, Yelp, or Google Maps. With an onslaught of cool day-one features, it could have been a hit.

There are tons of apps based on the idea of getting customers into bars. I can’t even count how many times I’ve heard, “Bars need customers. Our app will show users empty bars and allow bar owners to offer discounted drinks and food specials.” These apps miss the entire point of happy hour. While people do enjoy discounts, they’d much rather socialize in a local hotspot than at an empty bar.

Patrons wouldn’t use these bar apps, and bars that are already doing well have no need for this type of product, either. Develop one of these, and you’ll be forced to promote a single app to two entirely distinct audiences — and neither of them will be the slightest bit interested.

Twitter tried its hand at the music business with its #hashtagmusic campaign, but the company misinterpreted why people use Twitter. With so many established music services like Pandora, SoundCloud, and Spotify to choose from, nobody’s looking for another one — especially not from a company that’s not even involved in the music industry. Facebook faced a similar issue with Rooms.

While its Rooms app may have sounded like a great way to let users create spaces where special topics could be explored, its convoluted interface required far too much upkeep. It was nice of Facebook to finally allow people to hide their identities within an app, but many services already existed to provide the same capability, and people weren’t using Facebook in the manner the company had hoped when Rooms was created.

Getting started down the right path with app development can be challenging. With so many available options, carving a niche in the marketplace takes a lot of time, marketing, and experience. There’s no proven formula for developing a winner, but there are a few obvious signs that you’re on the verge of creating a loser.

Learn from the experiences of the companies above. If your app is exhibiting any of these warning signs, it’s time to scrap it and go back to the drawing board with your ideal user in mind. 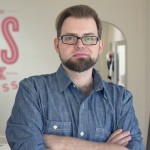 Q Manning is CEO of Rocksauce Studios, which crafts custom mobile apps for all platforms. Rocksauce Studios’ goal is to create an amazing user experience that can succeed in the marketplace when coupled with powerful, eye-catching app marketing.