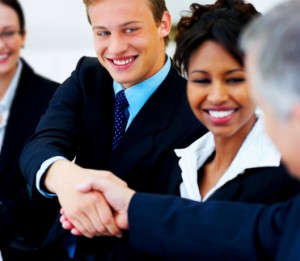 Have you ever been guilty of going to a networking event and pretending to send important text messages to avoid talking to others? Maybe it’s because you’ve had the experience of being stuck in conversation with a rambler – somebody who just keeps talking and won’t let you break away. Or, maybe you’re tired of meeting people who overwhelm you with an intense one-minute “salesy” elevator speech.

To help you avoid negative networking stereotypes, I want to share with you the following 7 networking archetypes that I’ve identified from the many networking events I’ve attended. I’m going to warn you, there is only one of these archetypes that you should aim to be.

This person slinks into the room, and stays around the edge of the room to avoid talking with others, especially those in large groups.

This person constantly talks on the phone or writes text messages to avoid conversation.

This person can’t help commenting about others in the room or spreading stories about those in the industry.

This person heads straight for the buffet table upon entering and hovers around there the whole night.

This person circulates the room and forces business cards onto everybody in sight without engaging in conversation.

This person talks a lot, and unless you can break away, you will be held hostage for nearly half the night.

This person circulates the room with confidence and class. The Pro hands out business cards to a selected few, strikes up engaging conversations, and shares valuable information with others.

As you can probably guess, it’s The Pro that you should aim to be at networking events. If you find yourself relating to one of the other networking archetypes, don’t worry, there are many strategies and solutions you can implement to eradicate these negative personality traits that pop-up at social functions. Usually the solutions are quite simple. They might involve setting clear goals for the event, identifying who you want to talk with, or leaving your cell phone in the car.

Overcoming a negative networking archetype might not happen overnight. But with enough repetition, you will gain the confidence and courage to connect and engage in a more natural, refined manner. 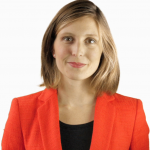 Kara Ronin is an international business etiquette expert and the founder of Executive Impressions. In her recent e-book and audio book, “Networking 101: Social Skills for Business Success”, you can learn how to overcome these networking archetypes and master a wealth of other actionable strategies to shine at your next networking event. Join Kara at www.Facebook.com/ExecutiveImpressions.