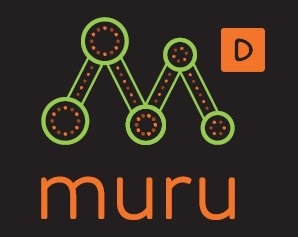 Singapore’s startup scene looks set to become even more vibrant with the entrance of Sydney-based startup accelerator muru-D. Backed by Australia’s largest telecommunications and media company Telstra, muru-D’s entry into Singapore’s startup space – its second market after its launch in Sydney in late 2013 – will see the country continue to challenge for the region’s best digital talent, foster technological innovation and grow the local entrepreneurial system.

For its initial foray into the Southeast Asia technology space, the startup accelerator will kick off a search for ten technology startups across Southeast Asia to participate its inaugural six-month accelerator program which begins in August 2015. muru–D will be hosting a roadshow in six Southeast Asian cities, including Bangkok, Hanoi, Jakarta, Kuala Lumpur, Manila and Singapore, and selected startups will receive S$40,000 in seed capital, space in muru–D Singapore’s central business district office and as well as introductions to world-class mentors, coaches and investors.

“With its fast-developing startup ecosystem, pro-business policies and access to local capital, Singapore offers entrepreneurs a tremendous launch pad into Southeast Asia, which has a burgeoning population of more than 600 million people and GDP in excess of S$2.4 trillion,” says Annie Parker, co-founder at muru–D. “muru-D will help accelerate technology innovation throughout Southeast Asia and we look forward to, not only attracting the best digital talent but, critically, creating the right conditions for their long-term success.”

muru-D is one of a number of growth businesses under Telstra Software Group (TSG) – led by Charlotte Yarkoni, another co-founder of muru-D – and the Singapore accelerator program is its latest avenue to grow its global footprint, following recent acquisitions and partnerships across Asia-Pacific, Europe and the United States, including Silicon Valley-based video delivery platform Ooyala. The first nine Australian-based startups under its wing have already attracted more than S$3.15 million (A$3 million) in follow-on funding.

Startups interested to participate in the muru-D’s accelerator program can apply here: www.muru–d.com/apply/global.