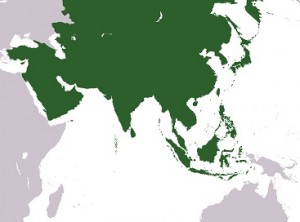 To succeed in the global economy, business leaders have to be culturally in tune with their Asian counterparts. Why? Because only then can they create lasting relationships that make prosperity and profitability possible.

Over the last four decades, Asia has been the primary engine of global economic growth. This year the economy in India is expected to grow more than 6 percent, according to the IMF and OECD. China, now the world’s largest economy in purchasing-power-parity terms, is sitting on $15 trillion in bank deposits, growing at $2 trillion annually. And since opening its borders to global trade in 2012, Myanmar, formerly Burma, is creating an extraordinary entrepreneurial environment owing to its “greenfield” advantage: a rare opportunity to build a fit-for-purpose economy to suit the modern world.

So, as an intercultural communication and international etiquette expert, I can be certain of one thing: executives, entrepreneurs, and emerging leaders, whether they presently do business in Asia or not, would be well served to appreciate Asian business cultures.

For years I’ve studied the cultures in 10 Asian countries: China, Hong Kong, India, Japan, Malaysia, Myanmar (formerly Burma), the Philippines, Singapore, South Korea, and Taiwan. And today, whether the focus is on belief systems or business attire, customs or communication styles, I help leaders gain the cultural awareness they need to succeed, country by country, in Asia.

Don’t leave your Asian business relationships, current or future, to chance or fate. As a global leader, make every effort to be culturally aware. Start with these eight key concepts and tips:

1. Know how people prefer to act — individually or as a group.

The terms individualism and collectivism refer to the tendency for cultures to be oriented toward the self or the group. In individualist cultures, such as Canada, Great Britain, and the United States, people consider themselves individually responsible when making decisions and deals. Conversely, people from collectivist cultures, common to Asia, prefer group representation in meetings and negotiations. In fact, in many Asian countries, including China and Singapore, making a decision without group input is avoided.

Fast fact: In Myanmar, people in senior-level positions are not as consensus seeking as leaders in other Southeast Asian cultures.

2. Know how power and authority are viewed.

Globally, some cultures are ascriptive. This means that characteristics such as class, age, gender, and higher education are deemed more important than they are in achievement-oriented cultures. Consequently, power can be, and often is, held over people. In Asia, however, many countries consider power to be participative. Even higher-ups, in their positions of authority, can only guide, not direct, people in gaining consensus on decisions.

Fast fact: In Japan, companies are hierarchical, yet decision-making, even within large corporations, is a bottom-up, consensus-building process conducted in steps.

A Chinese philosopher was once asked why the East and West had developed such different habits of thought. “Because you had Aristotle and we had Confucius,” he replied. In the U.S., written rules are regarded as sacrosanct. Moreover, for most U.S. businesspeople, a contract is the relationship. Not so in most Asian cultures, where people see the world holistically, or comprised of completely interdependent relationships.

Fast fact: In China, where business agreements may be regarded as merely guidelines, the Chinese tend to be surprised by a Westerner’s refusal to renegotiate a price or contract.

4. Know how people regard time.

In monochronic cultures, common in the West, time is regarded as linear, or sequential — meaning, people do one thing at a time. In polychronic cultures, such as those often found in Asia, it’s customary to do many things at once, or what’s now known as multitasking. Accordingly, interruptions are routine, agendas are dispensable, and schedules are always subject to change.

Fast fact: In Taiwan, people work an average of 2,200 hours a year — a full 20 percent more than employees in Japan and the United States. Accordingly, at the noon hour, some Taiwanese companies offer workers “nap time,” including dimmed lights and soothing music.

A key consideration with regard to communication is the concepts of low context and high context. The U.S., for example, is a low-context culture. People are direct communicators, and put emphasis on their words. In business meetings, participants are expected to get to the point and move on. In contrast, Asian cultures are high context. Communication is indirect, and words can only be understood within the context of body language and facial expressions.

Fast fact: In Singapore, when local businesspeople preface a statement with, “In my humble opinion,” they are actually giving a firm directive.

6. Know how formal or informal people tend to be.

Michele Gelfand, a psychology professor at the University of Maryland, distinguishes between tight and loose cultures. Tight cultures have deep-seated social norms, with little tolerance for behaviors that don’t conform to those norms. Loose cultures, on the other hand, are at ease with informalities.

Fast fact: In South Korea, where hierarchy is highly valued, it is important to match the formality, rank, and status of a Korean counterpart in business negotiations.

7. Know how people’s social and business lives are aligned.

Just as people in the East and West regard time differently, they also choose to spend that time in their workplaces differently. A study conducted by researchers at the University of Delaware considered the number of hours employees spend on work-related tasks as compared to social activities, such as chatting casually, celebrating coworkers’ birthdays, or checking out a team member’s vacation photos. In the U.S., the split was 80/20. But in Asian countries, including India and Malaysia, it was 50/50. This emphasizes the important role of relationships in collectivist cultures.

Fast fact: In Malaysia, business guests are expected to recognize and respect the country’s diverse cultures, and to accommodate each one when celebrating, dining, or socializing.

8. Know how the concept of women in business is handled.

There are no hard-and-fast rules on how women succeed in the world of work. Nevertheless, the Third Billion Index by Strategy& (formerly Booz & Company) is a helpful gauge. Compiled from a myriad of indicators that affect women’s economic standing, such as entrepreneurial support and equal pay, it features 128 countries worldwide. Scores range from 70.6 at the high end (Australia and Norway, tied for the top ranking) to 26.1 (Yemen).

Fast fact: The Filipino culture may value machismo, but in business, women are considered as equals to men. On the Global Gender Gap Index, for instance, the Philippines ranks second only to Norway in women’s ability to rise to leadership positions in enterprise.

The assumption that there are universal ways of thinking, feeling, and behaving around the world is misguided. As a leader in the global economy, consider this a call to action: be culturally aware and know how to build trust, inspire respect, and create long-lasting business relationships in Asia. 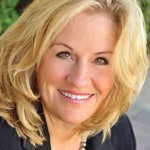 Sharon Schweitzer, J.D., is an expert in intercultural communication and international etiquette. A global consultant, trainer, and speaker, she is author of”Access to Asia: Your Multicultural Guide to Building Trust, Inspiring Respect, and Creating Long-Lasting Business Relationships“.