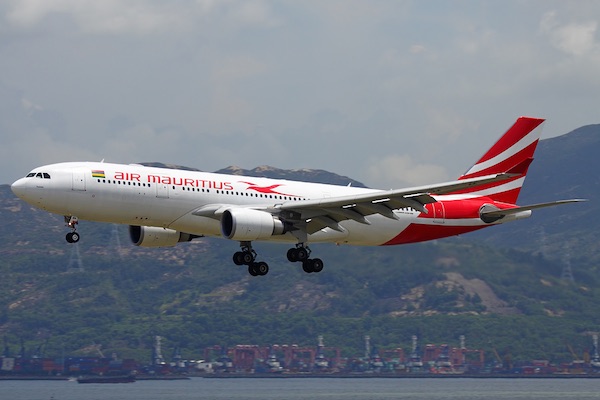 By Ron Kaufman, author of “Uplifting Service: The Proven Path to Delighting Your Customers, Colleagues, and Everyone Else You Meet”

In a super-connected global economy, a company is only as good as its reputation for service. After all, if we don’t please and delight our customers, a surging sea of competitors waits to embrace them (And of course, public forums on which they can air their indignation are just a mouse click away!). Yet for many reasons — not the least of which is how tough it is to get thousands of employees aligned in both understanding and behavior — we fail. Sometimes spectacularly.

But there is some good news. Even big companies with terrible service track records can turn things around — quickly — but first they must realize how deep the problem lies.

We’re talking about a revolution. This is not about pouring money into customer service training. It’s not about just improving service performance. It’s about building a service culture from the ground up.

Through my company, UP! Your Service, I deploy a proven methodology for helping big organizations (many of them with thousands of employees) make this powerful cultural shift. One recent success story is Air Mauritius, a national airline for the island nation Mauritius, located in the Indian Ocean.

Two years ago the airline was struggling with a $30 million financial loss, poor customer service ratings, and low staff morale. I joined forces with new CEO Andre Viljoen and his dedicated top team and launched “Stepping UP Together,” a bold attempt to achieve profitability and an impeccable service reputation in just 24 months. One of the CEO’s first actions was to appoint an executive vice president of customer experience to lead the program and translate the vision to reality.

Not only did Air Mauritius improve its Skytrax rating from the merely average 3 stars to the far more prestigious 4 stars, it realized an $8 million profit. It also made the Skytrax “Top 10 Most Improved Airlines” list and reduced employee attrition to less than 5 percent. And yes, all of this happened in less than two years.

So what can other service-challenged organizations learn from this incredible success story? The Air Mauritius journey highlights some key lessons:

1. Colleagues are customers too. You can’t serve one without serving the other.

When most companies set out to fix their service issues, they start with customer-facing employees. Big mistake. The fact is, frontline service people cannot give better service when they themselves aren’t being served internally. So Air Mauritius kicked off its service revolution by addressing the communication problems in its dysfunctional culture, which manifested as bickering, finger-pointing, withholding information, etc.

They started with the realization that everyone on staff either directly serves the customer or serves those who serve the customer. Everyone had to embrace the Stepping UP Together mindset — engineering, ground staff, the technical crew, registration and sales, people at the counters, people at the gate area, people on the aircraft. That meant they had to serve each other as well as the customer.

Incremental or piloted approaches don’t work well when you’re seeking a revolutionary shift in service culture. You must engage the entire workforce quickly and aggressively to get everyone excited about service, to instill a common service language, and to prevent outdated behaviors and mindsets from resurfacing and breaking the momentum.

Air Mauritius rolled out a multi-pronged program, including a series of service leader workshops, training programs for 24 carefully selected employee course leaders, and intensive two-day courses that immersed all team members in fundamental service principles. This all happened — boom, boom, boom — in the space of a couple of months (lightning fast compared to the glacial pace of most big corporations).

I define service as “taking action to create value for someone else.” But what Person A values, Person B may not. This is why scripting and checklists alone don’t work; they’re about procedures, not outcomes. One customer might want to make small talk when you bring her coffee; another might want to be left alone to read the newspaper.

The idea is to switch the focus from ‘what to do’ to ‘who am I serving and what do they value? When you get this on a visceral level, you realize that whatever role you fill in a company, service isn’t ‘someone else’s job.’ It’s your job. This is why Air Mauritius focused so much of its training on the meaning, mission, and purpose of service itself — they wanted to provide a foundation for lasting change and spark an appetite in people for finding new and better ways to serve.

4. You can expect resistance. Keep pushing.

When Air Mauritius kicked off its “Stepping UP Together” campaign, not everyone bought in to the changes they were being asked to make. There was skepticism aplenty. Yet the CEO and his top team kept pushing, pushing, pushing forward. Eventually his positivity, the positivity of the course leaders, and the understanding and enthusiasm generated in the two-day classes broke through the dam.

Resistance is natural. If you aren’t getting resistance, you aren’t trying to change what really matters. You’re asking people to change not just their behaviors but their attitude, sometimes their world view, and that’s the toughest change there is. Yet when people feel the difference it makes in their own lives, they’ll do it.

5. Even the most diverse workforce can overcome differences and pull together.

The Air Mauritius staff reflects the makeup of the island: a mixture of Chinese, Indian, African, and European. As is true everywhere, cultural tensions exist beneath the surface. Factor in that Air Mauritius is the national airline — forcing an alliance of government and private business — and you can imagine the possibilities for dysfunction.

All the problems any organization is prone to — including business and cultural challenges — were likely exacerbated by all this diversity. And yet, when people were given a common mission that could overcome the differences that divided them, Air Mauritius employees were able to come together and accomplish great things.

6. There is great power in your inherent culture. Harness it.

The reality of being a nation of immigrants from all over is that you’re welcoming to people from all over. There are no “native Mauritians.” Thus, a natural sense of warm, welcoming hospitality has evolved, making Mauritian culture a perfect fit for an airline.

Mauritian hospitality is all about empathy, assurance, responsiveness, reliability. So the airline was fortunate to have this foundation to build on as it sought to create a culture around uplifting service. Yet what worked for it won’t work for everyone. Find out what your culture is all about and accentuate the positives of it.

The visible changes Air Mauritius made as part of its journey were impressive. It stepped up its facilities on the ground and on its planes, expanded its entertainment options, offered a better selection of liquors. But the step up in service is what truly made the difference.

For example, old regulations that had prevented crew members from helping passengers during refueling were lifted. Employees were taught to carefully monitor passenger needs and solicit feedback from them. And everyone began to put into practice all they had learned in their training on the meaning, mission, and purpose of service.

All these changes had the net effect of delighting customers. But customer delight can’t be a one-time thing. Service excellence is a journey, not a destination. You have to keep upping the ante. People get accustomed to a certain level of service, so you have to step it up to the next level, then the next, then the next.

8. Sometimes small service touches can have a big impact.

Here’s a fundamental truth of service: Small changes can lead to big leaps in customer perception — and they don’t have to be costly at all.

For example, Air Mauritius had captains to start greeting passengers as they board the plane. This small gesture creates a huge impression of welcome and respect for passengers. It also asked captains to provide memorable information as they fly over certain areas — like descriptions of cities, landmarks, volcanoes, and so forth. This literally turned flights into guided tours. Passengers loved these changes.

Compliments are highly motivating and inspire employees to keep coming up with newer and better service ideas. That’s why you should a) actively solicit feedback from customers, and b) regularly share positive comments with employees. Air Mauritius did this through meetings, announcements, and company newsletters.

After Air Mauritius kicked off its Stepping UP Together program, the positive customer comments surged. From a starting ratio of 1:1 customer compliment/complaint, the airline steadily moved to a 12:1 ratio. Yes, that means 12 compliments for every one complaint — an astonishing improvement.

Air Mauritius has no plans to take a breather.

“Yes, we are proud of what we have achieved at Air Mauritius in a short period of time, yet we know that we must keep stepping higher,” CEO Andre Viljoen had said. “That is why we recently updated our service vision from ‘Stepping UP Together’, which we have achieved, to ‘Taking the Next Step UP’, which further builds our commitment and our aspirations for the future.”

Any organization willing to embrace this reality, that service excellence is not a ‘one off’ but rather an unending journey, can achieve the kind of success Air Mauritius did. It’s certainly not easy to make and keep this kind of commitment, but the rewards are worth it for everyone. Not only is it better for business, it’s a richer way of working and living. 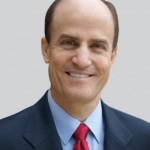 Ron Kaufman is the author of ”Uplifting Service: The Proven Path to Delighting Your Customers, Colleagues, and Everyone Else You Meet“. He is the world’s premiere thought leader, educator, and motivator for uplifting customer service and building service cultures in many of the world’s largest and most respected organizations, including Singapore Airlines, Nokia Siemens Networks, Citibank, Microsoft, and Xerox. He is the founder of UP! Your Service, a global service education and management consultancy firm with offices in the United States and Singapore.