by Jared K Stern, the President/CEO at Prudent Risk 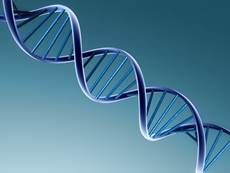 Computer and cell phone forensics are becoming more mainstream, and for good reason. There’s a lot of information hiding on electronic devices these days, and that information could be the key to uncovering huge liabilities for companies and help the government solve crimes more quickly.

What Is Electronic Forensics?

Electronic forensics is the process of recovering information or data from an electronic device like a computer or cell phone. The data is extracted using various hardware and software tools. These tools allow police and government officials to capture email, view documents, and extract information from the device when there is suspicion that a crime has been committed.

The forensic tools can also recover things like deleted phone numbers and records of previous phone calls. Phone setting information can be retrieved too, along with location information via GPS tower triangulation.

How The Technology Can Be Used.

The technology is often hailed as a major breakthrough for law enforcement, since these tools can effectively help police officers and detectives uncover crimes, solve crimes, and even prevent crimes that are in the process of being committed.

But the technology can do more than just bring people to justice. It can also be helpful in the court room, in child custody cases, and in divorce settlements. In various types of business relationships, they can be used to enforce agreements and prevent espionage.

Take the case of child custody protection, for example. Cellular forensics can be used to track children (and their parents) to prevent the child from being taken to unsafe or restricted areas.

In divorce situations, a phone’s records can be used to reveal hidden assets in email or some other communication. It can also provide evidence of unfaithfulness.

In business relationships, the forensics can be used to uncover spies working within the company, a dishonest employee or manager, or a vendor that is cheating the company out of money.

Finally, the forensics can be used as a data recovery device. When hard drives, servers, and other electronics fail, information is often thought to be permanently lost. But, digital forensics may be able to help recover that data so that business operations aren’t interrupted.

In some instances, data can’t be recovered, of course, but most of the time a business can recover everything that was thought to be destroyed.

How It Can Be Misused.

One of the basic rights that individuals have is the right of due process. Individuals are presumed innocent until proven guilty, and they cannot be made to testify against themselves.

With digital forensics, all of these things are called into question. Can law enforcement search a person’s personal property without just cause? Forensics can uncover potentially incriminating evidence before a person has officially been accused of a crime. Likewise, innocent people can have their personal computer files rummaged through – a clear violation of privacy.

The most famous case of forensic abuse is, of course, the NSA spying program, which the government initially denied, but which was later confirmed by former NSA contractor Edward Snowden.

Of course, supporters of forensics, and the laws making forensics legal, mostly see the positives of the technology.

Let’s be clear: forensics are tools, and tools can be used for any number of purposes – good and bad. And, while there is certainly the potential for someone to misuse them, the tools themselves are not bad or evil. They’re simply tools.

Computer forensics makes up a significant portion of computer science. But, within forensics, there are many methods that are used to accomplish the same end-goal. For example, several programs are often used to extract key data from electronics. These programs include:

But, for the average person or company, using these tools isn’t always easy. That’s why digital forensics expert Prudential Associates exists. Companies like Prudential are experts in forensics and use their expertise to help individuals and private firms extract information (legally, of course) from electronics.

And, while there is still some skepticism over whether there is any legitimate use for all of these forensic tools, the fact remains that government and businesses continue to use them as an efficient means of gaining intel on target devices and electronics. 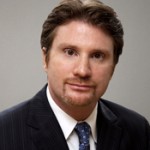 Jared K Stern is the President/CEO at Prudent Risk and a marine veteran who possess extensive investigative and risk-mitigation expertise. He regularly appears on national television and radio programs as a special commenter on terrorism and advanced risk management. As a top tier advisor, his informative articles appear on many of today’s best websites and blogs.