by Gemma Falconer, a member of the Demand Generation team at Citrix and GoToMeeting 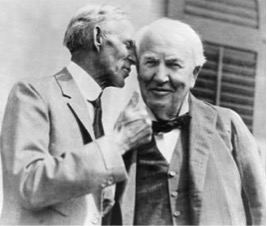 When the famous and powerful join forces, monumental things can happen. Influential meetings between iconic figures in politics, music, science and technology have contributed to the landscape of current society.

Let’s a take a look at a few of them:

Before Ford became one of the most significant names in the automobile industry, he worked for Edison at the Edison Illuminating Company between 1891 and 1898 as an engineer. The two became lifelong friends, with Edison encouraging Ford’s work.

Fun fact: Edison’s dying breath was captured and sealed inside a glass test tube, then offered to Ford as a symbol of their friendship. I can’t tell if that’s beautifully symbolic or slightly creepy… perhaps a bit of both? 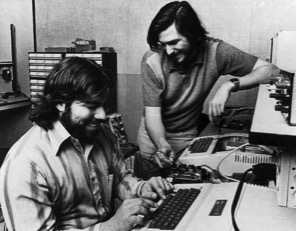 The founders of Apple Inc. met in 1971 when Wozniak was in college and Jobs still in high school. In an interview from 2007, Wozniak is quoted saying, ‘a friend said, you should meet Steve Jobs, because he likes electronics and he also plays pranks.’

The two bonded over their shared interests and went on to co-create one of the most revered, influential brands in technology. 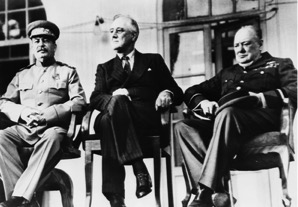 During WWII, ‘the Big Three’ met in Iran in 1943 at the famous Tehran Conference.

During that meeting, many important decisions regarding their military strategy against Germany and Japan were solidified, including the Americans’ commitment to launch ‘Operation Overlord’ in May 1944 and invade northern France. 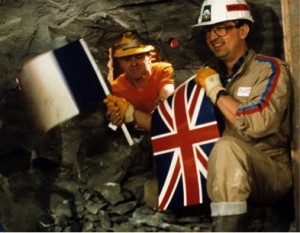 At 11:21 AM on 2 December 1990, these two workers shared an incredible handshake: through a 3-by-4-foot hole in a wall 130 feet below the seabed of the English Channel.

Their meeting marked the breakthrough of the Channel Tunnel – or the ‘Chunnel’ – which would connect Britain to the European continent. 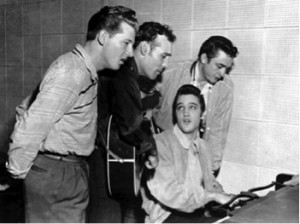 On 4 December 1956, four of the biggest names in rock ‘n’ roll came together for an impromptu jam session in Memphis: Elvis Presley, Johnny Cash, Jerry Lee Lewis and Carl Perkins. The recording, which is peppered with causal chatting between the four friends, was released in Europe as ‘The Million Dollar Quartet’ in 1981, and in the US as ‘Elvis Presley – The Million Dollar Quartet’ in 1990.

This meeting between some of the most famous musicians in history may not have changed the world, but it certainly changed the landscape in music to come, as their sounds inspired – and continue to inspire – generations of artists worldwide, including a Tony-Award-winning musical ‘Million Dollar Quartet.’ 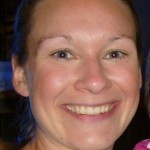 Gemma Falconer is a member of the Demand Generation team at Citrix and GoToMeeting, a cloud computing company that enables mobile workstyles. She has been using collaboration tools/video conferencing/online meetings for the past 6 years and splits her working time between the office and home. Find her on Twitter on LinkedIn.