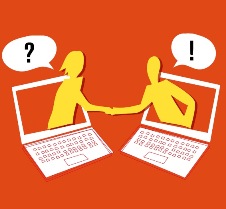 By Marsha Friedman, CEO of EMSI Public Relations and author of “Celebritize Yourself”

I talk to a lot of business owners and authors who don’t “get” social media.

A year or two ago when I’d speak with them, most were quick to say they didn’t understand it and didn’t need to.

Today what I hear is: “I know I’m supposed to be doing that, so I have a Facebook account.” Or, “Yeah, I’ve got my teenaged nephew taking care of that.”

Unfortunately, simply posting occasional announcements about upcoming sales or telling people why they should use your service or read your book is not social media marketing and it’s not helping you. In fact, if that’s all you’re doing, it could be hurting you.

What’s worse, you’re not taking advantage of what could become the most powerful tool in your marketing arsenal. Why?

Social media is the world’s biggest cocktail party and everyone’s there – including your competitors and your potential customers.

I first heard the cocktail party analogy from marketing guru David Meerman Scott, who used it in his best-seller, “The New Rules of Marketing & PR“, published in 2007. It immediately clarified for me why social media networks are marketing gold.

Imagine walking into a networking party at a hotel. People are roaming around, engaging with folks they know and being introduced to those they don’t know. They’re talking about the economy, the weather, the price of milk.

You get into a nice chat with someone and he asks what you do for a living. If it were me, I’d say, “I’ve got a national PR company that specializes in publicity.” The person might say, “Wow, I’ve got a friend interested in that. Let me introduce you!”

The friend may or may not be present at this cocktail party.

But if that same conversation happened on a social network like Facebook, that friend and dozens more would be so close by. They may actually be “listening” to your conversation. That’s what makes social media so much more valuable as a marketing tool. You can be exposed to thousands more potential customers than you would through traditional networking channels.

How does that happen? Social media users stay connected by “following” one another.

Before you know it, you and your brilliance may be exposed to hundreds of thousands of strangers. Some of them will become your followers and, voila! You have a growing audience.

But it won’t happen if you don’t have a plan and don’t apply cocktail party rules of etiquette. What works on social media – and what doesn’t – are the same things that work (and don’t) when you’re networking at that hotel conference room party:

Go in with a plan.

If you’re going to a party to network, you have goals. Maybe you want to find prospective clients or get people interested in your upcoming project. You identify your target demographics and learn which influencers will be at the party, such as the local media, politicians and celebrities. On social media, the world’s biggest cocktail party, making the right moves gets a bit more complicated and involves some strategizing. (My company now offers customized strategy plans that can be easily implemented by casual or newbie social media users.)

Don’t stand in the middle of the room saying the same thing over and over.

Repeatedly posting the same thing, like “Come in for our big sale tomorrow” or “We won Business of the Year!” is like going to a party and saying the same thing over and over. People will run from you. Instead, engage in conversations on a variety of topics. They can be related to your business or book, but in a tangential way. Someone who sells jewelry, for instance, might share a great trick for cleaning rings.

Be genuine and show some personality.

At a party, you smile, ask people questions about themselves, maybe tell some jokes, if that’s your personality and the personality you want your brand to reflect. People are drawn to people, not things, so let your humanity shine. But don’t try to be something you’re not. Other users will quickly figure it out and you – and your brand – will lose their trust.

Social media is a great way to build awareness of your brand, cultivate prospective customers and establish yourself as an authority. It has tremendous value for anyone with marketing needs, and it’s really not intimidating once you jump in.

Plus, it’s a whole lot more fun than an old-fashioned networking cocktail party! 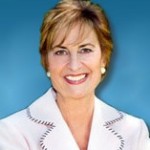 Marsha Friedman is a public relations expert with 25 years’ experience developing publicity strategies for celebrities, corporations and media newcomers alike. Using the proprietary system she created as founder and CEO of EMSI Public Relations, (www.emsincorporated.com ), an award-winning national agency, she secures thousands of top-tier media placements annually for her clients. Marsha is the author of “Celebritize Yourself“.