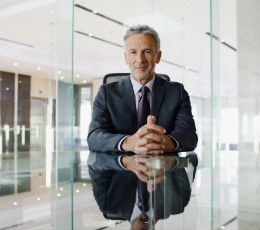 “A jack of all trades and a master of none” is an expression that describes people who are good at things, but maybe not experts at most of them. Think about what it means to manage a huge corporation. Think about the major divisions within a corporation. It becomes impossible to master all of those, which is one of the arguments for having two CEOs.

Is it the only argument? Not so much.

Everyone has a left side and a right side of their brains, but each person still only has one brain. Each side does something different and still they work together most of the time so that that brain functions. Why cannot that be true for corporate leadership? The team-building philosophies are rank in the business world. The square root of team is collaboration.

Instead of having one brain overseeing multiple divisions, you have two leaders co-managing. You have the energy of two people instead of the limited energy of just a single person. The literal pressure that top CEOs face is palpable. If you have a strong solution, dilute it. Putting a second CEO in a large corporation dilutes pressures that a single person would face.

The reality is that there is still only one CEO, even if two people are doing the job. For this to work, both must work together. Their goals must also be the same. They will have to deliberate over issues and come to a single solution. The risk, however, is if the pairing does not work. If that is the case, disaster is but a step away.

Is Oracle a case of double the trouble? There is always potential if two leaders do not get along. In the case of Oracle’s co-CEOs, trouble does not seem the case. Safra Catz is a financial guru. Mark Hurd is a gearhead at heart. He is also a very powerful public speaker. If these two can avoid a power struggle and just co-manage the company as one CEO, then Oracle is solid gold.

The pitfalls involve failed unity, different ideas, and power struggles. You cannot move forward if you are holding someone else back. If the two CEOs cannot unite under the same developed goals and strategies, the co-CEO idea for Oracle will fail. The negative press was disparagingly sad at the announcement of this pairing. The connection is there. Larry Ellison’s decision seems as though he has taken two people, with different skill sets, and thrown them together to create his equal. It is Frankenstein mentality, but there is a lot of life in this creature.

In the movie the Lord of the Rings, what if Sauron had used both eyes? Would the quest have succeeded? Likely not. Not that Oracle is the Dark Lord Sauron, but the co-CEO is the equivalent of using two sharply focused eyes. One is financially driven, and the other is a natural tech expert and leader. Together, they have a magnified skill set that offers much potential to the entire tech industry.

Given the coming changes in the national workforce and the current position of Oracle in both HR and HCM, the dual brain approach is spot on the money. Literally. If Catz can manage the finances, and she can, and Hurd can work his magic, then the results move Oracle past its leadership position today, and captures the throne of tomorrow too. Hurd has an amazing record of growing companies through leadership.

The co-CEOs of Oracle have the potential to change the industry. That potential could funnel technology in such a way that it will create business opportunity for Oracle that last for decades if not generations. What is more amazing is that either CEO has the qualification to lead the company. Mr. Ellison clearly had a plan.

Oddly, Oracle is not the first company that has shared leadership. Chipolte is a company with co-CEOs. Whole Foods also has co-CEOs. Samsung has a trifecta of CEOs. Still, it is a newer concept, but companies right and left are proving that this combination works.