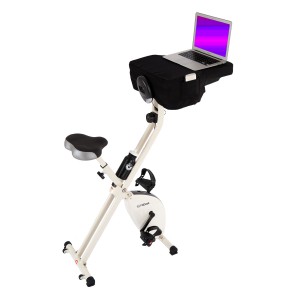 It comes as no surprise that those who predominantly work at their computers are prone to a myriad of health issues later down the road.

These issues may include:

A well-balanced, healthy routine of eating wholesome food, staying active, and taking breaks from the computer will aid in preventing most of these issues but it’s difficult to build routines when you’re highly involved and sucked into your work.

We didn’t “give up” on trying to lead healthier lives in front of the computers…. We learned how to work smarter. We now use technology to improve our health while we’re active at our machines.

Here are some of the tech innovations that have begun to put an end to these health issues.

There has been a flood of apps on the smart phone marketplaces that aim to help people quit their addictions and vices:

I, personally, have used one for smoking which brings a real mental boost because they help show how much money you’re saving, how many you haven’t smoked, and provide helpful guidance for when you feel urges. Apps like these are downloaded by the hundreds of thousands and they’re really working!

It’s safe to say that people who are working in front of the computer aren’t going to become body builders any time soon but that doesn’t mean they have to balloon up from their lack of activity. There has been quite a few websites, apps, and programs that have come along in these last few years which give free exercise routines for busy workers.

My favorite is an iPad app which only requests several minutes of your time. In 30 second intervals it has you doing a number of activities from pushups to jumping jacks. A quick seven minute session in between doing your daily tasks can have profound effects on your health which makes these additions to technology a real godsend.

If I were to mention that you are doing irreversible damage to your spine by the way you’re sitting right now I can guarantee that you’ll straighten out your shoulders and sit straight up.

Sitting up straight, in good posture is better than slouching but the human body isn’t meant to sit for long periods of time which is why, in tech, we’ve been seeing the adoption of ergonomic innovators like Healthy Desks and others.

Standing desks, to be exact.

By standing we are generally placing ourselves in a natural, good posture. Standing also keeps the blood flowing because you’re constant shifting around. The position also encourages users to do light exercise.

On top of it all it turns out that we are generally more aware when we are standing and working. I even tried this for about two months and noticed I almost always got in tuned with my work because I had to stay vigilant since I was standing.

The mouse and keyboard they assign to you at work really doesn’t cut it because it’s your basic rectangle and oval design. You get used to it but something just doesn’t feel right.

Our peripherals force our hands straight which isn’t really their natural resting position. To make matters worse we generally rest our wrists on the edge of the desk which puts a lot of strain on them.

Then came along ergonomic keyboards and mice which fit to the form of our hands and natural positions. They may look strange (especially some keyboards) but give it a day and you’ll make the switch without any problems.

In the long-run you will help curb the slow onset of carpel tunnel disease which many individuals within the tech industry develop over the years and years of working at the computer.

Isn’t it amazing how we have shifted the way we use computers so we’re no longer destroying our bodies for the sake of using the tool? That’s a win for technology!

These were just four examples of great things to happen to tech paired with health. There are many other great developments in the works and plenty of innovators finding new ways to keep us in our prime whenever we’re glued to the screen.

How do you stay healthy when working at the computer for long stretches of time?

How To Refocus And Re-Energise Your Workforce For 2022