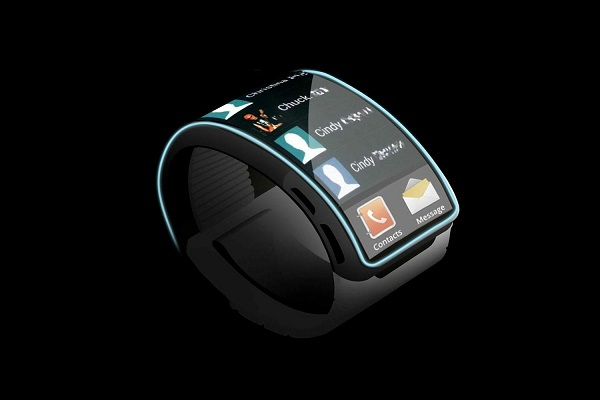 By Malcolm Stewart, CEO of YouEye

Green ketchup, bottled water for pets, airport security “action figures”, yogurt shampoo – there have been some pretty epic product failures over the years. From our vantage point decades later, it is easy to wonder “what were they thinking?”

However the reality is that a significant majority of products don’t succeed. Sometimes things that seem like good ideas just aren’t, or they aren’t executed in the right way. An estimated 75 to 95 percent of new products fail in the marketplace. And according to Bloomberg, 8 out of 10 entrepreneurs who start businesses fail within the first 18 months. These cycles are particularly pronounced in the technology industry, where rapid innovation leads to rapid product releases, and often to rapid failures.

Innovation involves risk. The startup community prides itself on supporting risk-taking and embracing failure. This is important to encourage creativity, but entrepreneurs can still minimize those risks by building off research-based insights and learning from their mistakes, as well as those of others.

Here’s a look at three of the largest recent product fails, the reasons behind them, and how research can help you avoid the same pitfalls:

Google released Chromebook in October 2011, offering a faster and easier way to access the Internet. The product was known as a “thin client” and had no hard drive. It eliminated the desktop component to take users directly into the cloud. The logic here was that most people head straight to the Internet anyway, and are familiar enough with Google to stay within its applications.

This was where they went wrong. While most of today’s consumers know how to successfully navigate the Googleverse, that doesn’t mean they want to be stuck there. To start, Google underestimated the importance of a hard drive. Turns out people want their laptops to do basic things like run games, Photoshop, or work software. Chromebooks also did not work with Apple devices, which presents problems for the millions of people who own iProducts. The lack of a hard drive also created security concerns.

Chromebook represents a mismatch of market segmentation and product vision. Google benefitted from people using Chromebooks, rather than the people themselves. The main reason for the Chromebook’s failure was its Google-centered, rather than user-centered approach.

“With very few exceptions, when the Chromebook isn’t online, it’s a 3.3-pound paperweight,” said the New York Times’ David Pogue in a technology review. “Unless you’re an early-adopter masochist with money to burn, you probably shouldn’t buy a Chromebook.”

Tech nerds and mainstream consumers alike swooned when Samsung announced the Galaxy Gear smartwatch in 2013. Condensing the power of a smartphone into a sleek piece of wristwear came with exciting, futuristic implications. This device appeared to be the epitome of mobility and convenience, and people were wowed by the idea of so much power packed into such a small package.

The Galaxy failed because Samsung was more concerned with being the first than being the best. Customers who had were attracted to the freedom of a smartwatch discovered that the Galaxy Gear actually needs to be tethered to a Galaxy Note III via Bluetooth. The battery life is low and there were only a few apps, so users were unimpressed by what the watch could do. Samsung touted power and simplicity, but the reality was a lackluster device highly dependent on other devices.

The design also created problems. Samsung referred to the watch as an “iconic fashion accessory,” but the reality is most women wouldn’t dare put the Gear on their wrists. Thus the Gear turned out to be a bulky, superfluous, and expensive companion. Samsung may have had more luck if it sacrificed great launch timing in favor of a better product.

Nintendo released the Wii U in late 2012 with the intention of improving the original Wii U with better graphics and a more interactive controller. The GamePad controller featured an embedded touch screen, motion control, stereo speakers, a microphone, a front-facing camera, a stylus, and more. Nintendo marketed the system as a way to remove barriers between gamers, games, and the TV.

If Nintendo paid more attention to controller usability testing, the disconnect between the Wii U and its market could perhaps have been avoided — despite the absence of new games. More focus on customer demographics and implementing the findings into updates would probably have made a huge difference in sales.

Brands are fueled by competition. They need to innovate in order to stay ahead of the competition, as well as stay on top of their competitors’ activity and innovate accordingly. Many businesses choose to rely on gut feelings here. They allow product managers and marketers to move ahead with projects before the proper research is complete.

The result, too often, is complete misalignment between what the customer wants and what is delivered. Keep in mind that if customer insight isn’t collected until after the launch, it is already too late.

Before making large changes to a marketing initiative or new product launch, get to know your customers’ behaviors. This information can be used to create archetypical models that communicate information about user types and how they are likely to respond to a product. These insights support goal-directed design and should be used throughout the entire creative process. This approach will accelerate the speed for product releases, and increase the likelihood those releases will succeed.

People are complicated. It may seem like its impossible to know what people want or anticipate every possible snafu. With technology, these challenges can seem even greater because often there are no specific examples to learn from, and sometimes great ideas emerge before their time. However in today’s data and automation business world, you don’t have to let incorrect assumptions, poor launch execution, or unforeseen competition get the best of you. Customized market research platforms, like YouEye, are out there to ensure companies have all the information they need for successful product launches. 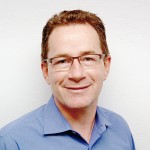 Malcolm Stewart has 20 years experience as an executive and investor in IT, enterprise software and services companies. He has led teams in strategy, planning, business and corporate development, finance and operations. Presently, Malcolm is leading YouEye, an emerging experience analytics platform, and is also an Executive Partner at Bulger Capital Partners.