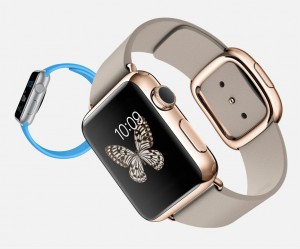 Apple’s Sept. 9, 2014 event was the largest its recent history, raising expectations and questions about how the company was going to deliver on its promises of new products. TBR believes Apple succeeded in developing a new model iPhone that will enhance its position as the premium smartphone provider, and the release of the Apple Watch (not an iWatch) elevates the smartwatch category to that of a major mobile device. Apple CEO Tim Cook was ebullient, looser and more comfortable in public than we have ever seen, as he answered the question of whether Apple can continue to innovate and lead without Steve Jobs. TBR believes the answer is “yes it can.”

The iPhone 6 Plus sets the standard for premium smartphones

There were few surprises in the two new iPhones. Most of the new features and capabilities had been rumored or disclosed at Apple’s Worldwide Developer Conference in June 2014, and most of the improvements were incremental. Nevertheless, the enhancements taken together are a better phone and, TBR believes, a leader in premium smartphones. For Apple, the introduction of a larger 5.5-inch model, the iPhone 6 Plus, removes a major handicap – the lack of a large-screen model – something many users prefer.

The two models, the iPhone 6 and the iPhone 6 Plus, are thinner than previous models. The screens, while not the rumored sapphire, are tougher. The screens are also brighter, and have more pixels. The processors are faster and more power-efficient, leading to both better performance and longer battery life. The cameras are improved. A seemingly minor improvement, the ability to use Wi-Fi for phone connections, will please many users who have poor cellular coverage at home or at work.

While the Wi-Fi phone capabilities will relieve some of the burden on cellular networks, the higher resolution screens, which are also available on the new phones from competitors like Samsung and Lenovo, will create more demand for cellular bandwidth.

The iPhone 6 starts at $199, Apple’s traditional entry price for new iPhone models, but the iPhone 6 Plus, which offers higher resolution, longer battery life, and optical image stabilization in addition to its larger screen, starts at $299. TBR believes the top tier of Apple customers will not be deterred by the higher price, and the iPhone 6 Plus will drive higher iPhone ASPs and margins.

One apparently minor aspect of the iPhone 6 Plus is a rewriting of major Apple iOS Apps, like email, to take advantage of the larger screen in landscape mode. This is the kind of user interface detail that Apple specializes in, delighting customers.

Cook introduced Apple Pay, a payment system that allows users to make purchases in stores and online using their phone. He emphasized security and privacy, which will make this system acceptable to users. More important, however, was the network of partners which will allow this system to reach critical mass, solving the chicken-egg problem that has held back mobile payments so far. Most major credit card companies and many major retailers are committed to this payment system. TBR believes other companies will soon follow, and mobile payments will be broadly adopted.

The Apple Watch is a good example of what Apple brings to consumer technology: focused problem-solving innovation. Instead of porting the iPhone to the wrist, or providing a few enhancements to a touchscreen watch, Apple aimed at solving two major problems.

The first problem was the role of the watch as a fashion accessory. Most smartwatches face customer resistance because they are too big and too ugly. The Apple Watch will come in two sizes, allowing for a range of preferences. The basic design, a rounded square with screen made of sapphire, is attractive, but still looks too “technical” for some people. A wide range of wristbands are available and are easily changed, driving additional Apple revenue and store traffic. Apple Watch is available in stainless steel, aluminum and even in 18k gold.

The second problem is the user interface. Apple leveraged the traditional watch crown as a major control mechanism. When combined with a pressure-sensitive touchscreen with haptic (which Apple calls “Taptic”) feedback, and voice commands through Siri, Apple has built in a lot of user interface bandwidth. Apple emphasized the fitness applications, but demonstrations of the device’s use as a phone, music player, reminder, or navigator make a case for its utility. The watch will be available in 1H15, and the entry price will be $349, higher than the competition. TBR believes this product will be successful, but certainly not successful on the scale of the iPhone. Smartwatches are desirable, but not necessities, like smartphones.

While the device will contribute to Apple’s continued growth, it may be most important in demonstrating that Apple still has an advantage over the competition in innovation and design. TBR believes those aspects helped promote an air of palpable excitement among Apple’s executives during their introductions and fervor discussing the new features and technology they are bringing to market. 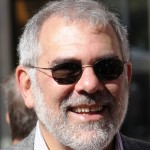