by Dan Quiggle, author of “Lead Like Reagan: Strategies to Motivate, Communicate, and Inspire” and the founder of The Quiggle Group

Imagine you’re a pilot. You’re flying at 37,000 feet in the air when you hit some turbulence. You look at your flight instruments, but instead of giving you exact readings that you can use to fly to safety, you see flashing indicators that read, “No really, you’re doing fine.” Or, “The numbers are great — trust us!”

Or let’s say you’re a surgeon. You’re in the middle of performing an appendectomy but there’s no monitoring equipment to display the patient’s pulse rate, blood pressure, oxygen levels, and so on. Instead, the surgical team simply tells you what a great job you’re doing, how much they love working with you, and how grateful the patient will be.

Sure, these scenarios are ridiculous. But they reflect the way many CEOs operate. If you’re one of them, you suffer from what’s called “CEO Disease”. While the exact definition can vary, this malady tends to involve a debilitating level of self-aggrandizement on the part of the CEO (that’s you), as well as a certain obliviousness to how their actions and mood impact the rest of the organization. Worst of all, it creates a dangerous disconnect around what’s really going on inside your company.

At its heart, CEO Disease is a perception problem — your employees are unwilling or unable to share how they really perceive you and your business, so your perception of the business is skewed.

Instead of receiving accurate information from your departments and teams, you get vague, reassuring, and often-useless platitudes. That may be because you’ve shot the messenger one too many times, or you have an intimidating or off-putting personality, or you’re so involved in your own work that you rarely engage with employees. Regardless, CEO Disease doesn’t affect just you — it shapes the very culture of your organization.

CEO Disease is best tackled head on by the CEO him- or herself. Problem is, many leaders don’t realize that they have this particular ailment until it’s too late. If you’d like to make sure that CEO Disease doesn’t harm your company’s health, take a page from Ronald Reagan’s book.

President Reagan understood that as head of the Executive Branch he was in great danger of catching the presidential version of CEO Disease. He was an inclusive leader who used his much-admired emotional intelligence to forge honest, open relationships. As a result, he could rely on his advisors and allies — and in many instances, even his opposition — to tell him the full truth, when he needed to hear it, so that he could make the best decisions for his country.

Here are seven symptoms of CEO Disease that leaders can use to make a self-diagnosis:

1. You either hear really good things from your people… or nothing at all.

What would you say if someone asked you, “What do your employees think about you as a boss?” You might be suffering from CEO Disease if your answer is, “I get only good reviews,” or, “I haven’t heard anything from them lately — and no news is good news, right?”

Great leaders actively seek out honest feedback about themselves from their own people and other leaders. They ask questions like, ‘How can I improve as this team’s leader?’ ‘What more can I be doing to help the organization succeed?’ ‘Are any of my habits holding us back?’ Realize that usually you’ll have to be the one to initiate this discussion. It’s true that your people might freely offer praise (whether or not they mean it!), but you’ll have to give them permission to offer suggestions on how you can improve, or to share inconvenient truths. Like Reagan, you need to understand that encouraging candid speech is the best way to identify small problems with your leadership before they evolve into big ones.

2. You don’t trust the feedback you receive.

When your team and other leaders give you positive, reassuring feedback (and they almost always do), you really want to take their words at face value. But you’ve been around the block too many times not to suspect that something is up. This almost feels like too much good news, you might think. I can’t believe this project hasn’t encountered more hiccups!

Trust those instincts — they’re likely telling you that CEO Disease is filtering the feedback you’re receiving. The hiccups you were expecting probably have occurred — your people just didn’t want to tell you about them! And no, your suggestion might not have been as brilliant as your team led you to believe — they just didn’t want to point out its flaws to your face.

3. You take criticism too personally.

When they do receive criticism, especially if it’s meant to be constructive, effective leaders don’t respond with anger or denial. Reacting badly will make others unwilling to share honest opinions in the future. Throughout his career, Reagan was well known for purposefully surrounding himself with advisors who would be brutally honest with him when they thought he was making a mistake and for heeding their advice when he realized he was wrong.

Even when criticism was malicious instead of constructive, President Reagan still responded with equanimity. For instance, when rival presidential candidate Walter Mondale implied during a debate that Reagan was too old and tired to be effective during a second term, Reagan simply replied that he didn’t intend to exploit his opponent’s ‘youth and inexperience.’ Many think that was the moment when Reagan’s reelection was secured.

As a business leader, you can take away that people are always watching you and your behavior. Even if they aren’t directly involved, seeing how you handle a volatile situation can impact their future willingness to be open and honest with you themselves.

Unless you’ve been living under a rock, you know that employee disengagement is a widespread problem, and you also understand what a negative impact it can have on your company. What you may not realize is that CEO Disease can contribute to a lack of engagement. When employees don’t feel comfortable telling their leaders the truth —for whatever reason — they’ll gradually develop a “we” vs. “they” attitude.

In this scenario, ‘we’ is the workers, and ‘they’ is the brass, the Man, the C-suite, etc.” And when people believe that there’s a gulf between themselves and their leaders, they’ll become disengaged from the organization and its mission. They’ll become clock punchers instead of entrepreneurs, and they definitely won’t go the extra mile by sharing information with you when they don’t have to.

5. Your best employees are unhappy or leaving.

When disengagement reaches critical levels, employees’ unhappiness will be impossible to ignore. Enthusiasm, innovation, and motivation will have completely left the building, and your best people won’t be far behind.

If you notice that this is happening, it’s officially a Code Blue. CEO Disease has progressed to potentially life-threatening levels for your company. If your employees are actively looking to jump ship, it’s a forgone conclusion that they won’t take the trouble to be proactive and honest when communicating with you. Instead, they’ll probably say whatever they believe will keep you pacified and out of their hair while they look for a better position.

6. You don’t connect with people in a way that leads to loyalty.

You know employees won’t give bad leaders their loyalty. But you’re a good leader, right? You don’t micromanage. You give employees challenging projects. You don’t yell and scream when someone makes a mistake. You compensate people fairly for their work. But that’s still not enough to inspire their loyalty — and without loyalty, they’ll be much less likely to give you the feedback you need to hear, as opposed to the feedback you want to hear.

Employees want to know that they are doing meaningful work and that their efforts are noticed and appreciated. If you aren’t making personal connections and investing in each member of your team on an individual level, you probably haven’t earned their loyalty.

7. You promote and reward almost exclusively on hard data (and ignore soft skills).

Believe it or not, some studies suggest that up to 75 percent of the competencies that distinguish the average leader from the outstanding leader come down to social and emotional intelligence, not academic intelligence. So if you promote based solely on technical skills and performance, you might be inadvertently feeding CEO Disease.

Here’s what your people are thinking: I can’t believe the boss thinks Jamie is the best person to lead this department. Sure, he brings in a lot of clients, but he’s so aloof! Nobody’s going to be excited about reporting to him. And who bothers to ‘get real’ with a boss who has lost touch with his or her organization? The fact is, when you promote ineffective leaders, you paint yourself as one of them in your employees’ eyes.

Obviously, you should also take an honest assessment of your own soft skills. How do you yourself interact with employees? If you ask only questions like, ‘When will that report be in?’ or, ‘What do the numbers look like?’ you might be perceived as unfeeling or brusque, which can lead to employees not being completely honest with you. Ronald Reagan understood that if you want to get the most out of people, you have to show that you care about them as human beings, not just about what they can do for your organization.

The good news is, if you diagnose yourself with CEO Disease, this ailment is treatable and reversible. Even if connecting with others doesn’t come as naturally to you as it did to the Great Communicator, the soft skills that facilitate productive, mutually beneficial relationships between you and your employees can be learned, practiced, and thoughtfully integrated into your leadership style. 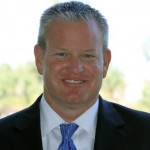 Dan Quiggle, author of “Lead Like Reagan: Strategies to Motivate, Communicate, and Inspire“, is the founder of The Quiggle Group, president and CEO of America’s Choice Title Company, and dean of faculty for the Leadership Institute in Washington, D.C. He began his professional career in the office of Ronald Reagan and learned leadership directly from the “Great Communicator” himself.

Can Your Company Stay Aligned In A Virtual Setting? 5 Tips For Leaders