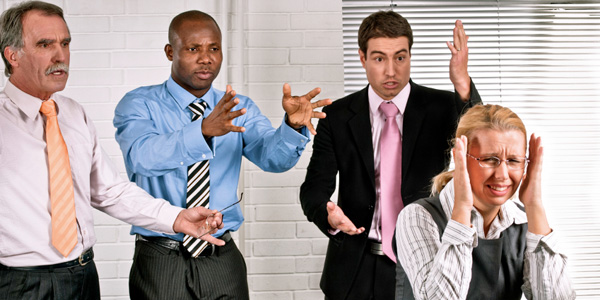 Getting along with coworkers mostly means minding your own business. However, there are some coworkers who need a little ‘handling’. It’s not difficult once you’ve spotted the behaviors.

Here are 10 of the most difficult coworkers:

Wafflers study everything to death, always seeking that mythical single last bit of information that will make a decision into a no-brainer. If your project hinges on a waffler, establish a deadline, with a default if no course of action is chosen.

The competitor defines the world as a zero-sum game. He always must feel that he’s won and that someone else has lost. To deal with him, channel that competitiveness into helping his team win (and somebody else’s team lose).

Dramatists (aka, drama queens) draw energy from the drama they create because it makes them the center of attention. Unfortunately, giving them attention only increases their appetite, so your best bet is to ignore the histrionics until they run out of steam.

Iconoclasts break even the most sensible rules (social and business rules alike), just to show that they can get away with it. To deal with iconoclasts, distance yourself from them as soon as possible, both socially and organizationally.

Droners are always ready to give a presentation—usually one that everyone has heard before. To cope, try to avoid any meeting to which a droner has been invited. If that’s not possible, answer emails on your tablet or laptop under the guise of “taking notes.”

The frenemy pretends to be your biggest cheerleader but subtly sabotages everything you do. Example: “You did so well in that meeting that almost nobody noticed the typos.” Best strategy: Cool the “friendship” and avoid them.

Parasites wait to see what ideas become popular and then position themselves as the brains behind them. To thwart them, always keep an “audit trail” of your contributions to a project in the form of regular status reports.

These are legends in their own minds who talk and talk about their accomplishments but never seem to get anything done. To work with them, lay out frequent (even daily) milestones, and complain loudly to the genius’s boss when deadlines are missed.

Volcanoes appear calm and cool but under the veneer is a roiling cauldron of anger and bitterness, which will eventually explode. Your best strategy: Be elsewhere when the volcano blows.

Ultimately, the best way to look at irritating coworkers is with a sense of humor. Especially since your coworkers probably think you’re pretty irritating sometimes, too.

*Adapted from “Business Without the Bullsh*t: 49 Secrets and Shortcuts You Need to Know” by Geoffrey James. 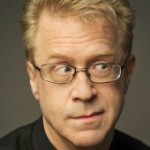