Effective networking is one of the most powerful entrepreneurial skills you need to master to advance in your personal and professional life.  Lately, I’ve been using a particular networking shortcut before I attend networking events or industry mixers that I sign up for through Meetup.com.  I belong to 42 different Meetup groups that cater to a wide range of business and technology professionals on topics as diverse as analytics, data mining and the quantified self.

Last Wednesday, I went to a Global Internet of Things (IoT) Day Mixer that had 256 attendees from a wide range of backgrounds, including engineers, designers and entrepreneurs.  On Thursday, I spent time at a Hacks/Hackers meetup that had 147 attendees from the media and business.  As you can imagine, it’s hard to do effective networking in only two hours with so many people.  The larger IoT meetup was particularly challenging, due to the crowded bar it was held in. The combination of loud music in a dark, crowded space and no name-tags made cold introductions awkward.  Nonetheless, this was the most successful networking event I attended last week since I got a personal demonstration of a nifty open-source smart home manager called Alyt (Affordably Link Your Things) and a signed copy of a new IoT book (Designing Multi-Device Experiences by Michal Levin, Senior UX Designer at Google), plus numerous potential business contacts.

By contrast, the Hacks/Hackers meetup was less successful, although I did introduce myself to a large number of business people and journalists from publications like Wired and Bloomberg.  I attribute the fact that I was more successful in the IoT meetup to the fact I spent more time on Wednesday afternoon on the IoT website, reviewing the backgrounds of the 256 attendees.  I was able to verify that I did this by checking my OmniContext™ Personal Analytics account, which showed that I spent 16.8 minutes total last week on the Meetup.com website, including 12.6 minutes on 4/9/2014 and 4.2 minutes on 4/10/2014.

Cultivating both the depth and width of your network is extremely important since your network won’t do you much good if it’s full of people you don’t know very well.  To avoid that, I been using an old party trick that keeps me from being a wallflower at Meetup events, which is to peruse the guest list and identify four or five people I want to meet–and then seek them out at the event.  And I use a time-tracking tool like Personal Analytics to verify I’ve actually taken the time and exercised due diligence. 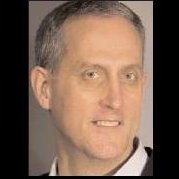 Roger Smith is a Technology Marketing Specialist at Hypersoft which specializes in Organizational Intelligence, the capacity of an organization to create knowledge and use it to strategically adapt to its environment or marketplace.  It is similar to I.Q., but framed at an organizational level.  The company’s products and services help businesses get a transparent view of all communication patterns, large and small, within their enterprise.