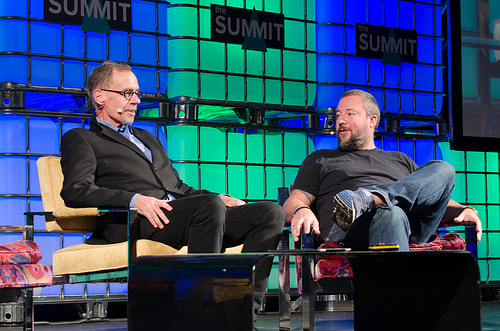 To understand Canadian-American journalist and web entrepreneur Shane Smith’s gun-slinging ways, first you must get familiar with the gritty bits that are Gonzo journalism.

Glorified and Gonzo-ized by Hunter S. Thompson, this style of reporting comes from an embedded journalist who transforms into and grows with the characters that he or she writes about. Thompson’s works are some of the wider known examples of Gonzo journalism, but many writers adopted the style – before it even had a name – including Tom Wolf, whose LSD-laden text in Electric Kool-Aid Acid Test gave a startling and often self-sacrificing look at Ken Kesey and his band of Merry Pranksters.

And then there’s Shane Smith, another forerunner for the Gonzo writing style. But it’s his role in video-journalism via Vice that truly adds a stark visual for his exact entrenchment in the movement. From a small startup music magazine to an impending global news empire, Vice Magazine has been the vehicle that’s driven Smith’s evocative career through the last decade and a half, not unlike like the dusty desert buggy that carried Thompson through Fear and Loathing in Las Vegas.

Read on to learn about Smith’s style and technique for getting a story, as well as his push to reach a young audience.

Part of Smith’s push as a Gonzo journalist has been to create a global news empire. In a recent interview, Smith spoke of his brand of new media’s coming to the mainstream.

The changing of the guard Smith references is the story of Vice News, the offshoot of the once Canadian publication known as Vice magazine. Vice News coverage, along with the docu-stories produced for HBO via the series VICE, has changed the source for mainstream media. While HBO’s endorsement of the video series played an integral role in the revolution that is Vice Media and Smith as a media mogul, the launch of Vice News speaks volumes about the future of journalism and more importantly “the language” of it.

Capturing a Captive Audience (and Creating a New Culture).

It’s all about the language of the story, and Smith understands the voice of the future; it’s coming from our youth. Perhaps, that’s why he employs some of the youngest writers and visual storytellers in the industry. In the trailer for HBO’s VICE Season 2: New Voices, New Stories, which aired on March 14, Smith modestly hints at how Vice attracts its audience.

“We wanted to open up our scope for season two. We just want to make great stories. If it’s happening now, then it has to be happening “now” during the season. So, when we pick stories, we have to pick stories that are going to be an issue when we air,” Smith said.

Smith speaks to a younger generation with his insistence on immediacy. In modern times, younger Internet users especially have a barrage of new stories assaulting them inch by inch on their social media screens. In the same breathe, Smith understands that it’s not enough to simply tell a current story – the magic and the ability to build a captive viewership is also inherently found in the way a story is told.

Authentic stories are the cornerstone of Smith’s impending empire. And that’s exactly why he embeds himself in much of the action. Smith told the New York Times, “I want to be like Tom Freston,” Mr. Smith said, referring to the former chief executive of Viacom, who built MTV Networks for the company. “Tom just flies around everywhere, gets to make movies, gets to start TV shows, hang out with cool people and do whatever he wants.”

Though, maybe Smith doesn’t give himself enough credit. He’s doing so much more than that. It would probably be a rare event for Freston to find himself in Yemen or yielding a machine gun to ward off terrorist threats. “You’ve willed it to be through your force of life,” Spike Jonze tells Smith of Vice during their trip to Yemen to meet with Al Qaeda.

It’s this force of life that really propels the untold stories that Vice covers. Smith’s unwillingness to compromise and reduce journalism to a series of mainstream anecdotes is what allows Vice to cover all its unknown and outlandish topics. And to cover them, Smith knows you really have to take part in them. That’s what makes him a true Gonzo journalist. He infiltrates stories on the Middle East and even America from every angle. Smith and his team of journalists certainly don’t seem afraid to get dirty or die.

It’s this “dirty till death” projected mantra that’s bringing diverse topics to the surface of media via Vice. Ultimately, it all comes back to the vehicle for the story – the type of media and the platform – as well as the roads that vehicle is willing to go down.

Smith told Interview Magazine, “[…] a lot of times we’ll go to a country or go meet people, and then while we’re there, the story changes and you have to be able to go with that. And then the story comes out in the editing room, which is a very documentary sort of process—not how news works. So that’s different. Also how we do it is different. We go, and very often we don’t stay in hotels—most of the time we stay with the people, we hang out with the people.”

For Smith, it’s all about the little shifts in direction – the footsteps in the dirt – and the ability of the journalists to see what’s on the ground before them.

Do you see Smith as an important journalist and innovator? What’s your favorite moment in Vice video? Share your thoughts in the comments below. 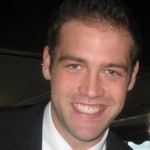 Teddy Hunt writes about technology and business. His passion to assist nonprofits has led him to work for Goodwill and a Feeding America Food Bank as a social media strategist and web content manager. Teddy is a regular contributor to socialbrite.org where he offers business and marketing strategies for the nonprofit sector.