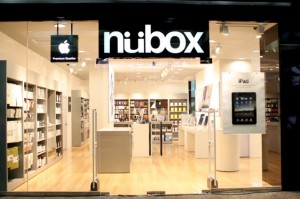 Just look at your business – do you think it could deter an intruder?

That’s the question that business owners should be asking themselves every day. Look at your flimsy front door, your fencing that even a little person could hop over and the area you’re in that’s more Mad Max and less Wall Street.

Indeed, making your premises safe should be the main priority for any business. According to figures from the Home Office, 64 per cent of vandalism cases in 2012 were inflicted on places of work. Overall, there were more than 9.2 million crimes against businesses in the same year.

So, how do you go about bulking up your defences and beating those statistics? Well, follow a few of these tips to turn your flimsy premises into a super-strength security hotspot.

The first thing that might pop into your head when you think of fencing is those guys dressed in white with pointy swords and metal, chainmail-like helmets on. But, while a group of professional fencers would presumably make a novel defence for your property, it’s hardly the most practical solution.

Instead, you should try the more sensible option of a high-quality fence. Whether it’s electric, acoustic, steel or temporary fencing, finding a good provider will make sure that any would-be intruders will struggle to surmount the area around your premises.

Well, not quite. But CCTV cameras have become advanced enough to train an effective eye on your premises. With a sophisticated set of security cameras or Verisure monitored alarm systems, you can even observe your business from a mobile phone or any computer with an internet connection.

Stay alarmed to the teeth.

Let’s have another look at those Home Office statistics – burglar alarms have been installed on 75 per cent of premises, and it’s easy to see why. Even with a bog-standard alarm installed, you can be alerted to anyone trying to stealth their way onto your site.

But it doesn’t stop there – with the implementation of 21st century tech, you could have your burglar alarm alert you by text or email should a security issue arise. Add in a few electric keypads to your doors and your alarm system will be more kitted out than Rambo on a vigilante binge.

While you can have as many hyper-new security systems as you like, nothing beats a pair of eyes on the ground. Not literal eyes on the ground, obviously. That would just be silly. But a security guard who can respond to situations first-hand when you’re not on the premises.

While a burglar might not care about an alarm going off, they may just stop short at the sight of another human being. So, add the human element on top of your technology and you’ll have a security system that’s fool proof.