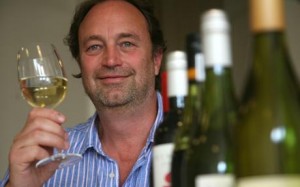 Here’s a dirty little secret in the wine world – did you know that the sales and marketing of a wine actually increases its price drastically, oftentimes more than tripling the initial cost of making that wine? For example, an example of an excellent Cabernet from Napa Valley with a retail price tag of around $40-50 may actually cost just $7 to make. The rest of that money goes into the costs of taking the wine to market and making customers aware of the product.

But an online wine commerce site, NakedWines.com, looks to disrupt that model… by tapping on crowdfunding. The idea is dastardly simple – crowdsource funds from a wine-loving public and channels that money towards a bunch of talented winemakers so that they can focus on making quality wines exclusively for funders. At the same time costs are driven down by cutting out the middlemen and the need for marketing; after all, it’s not like there isn’t already interest in them – all of these crowdfunded wines can be sold to the “angels” who have invested in them and don’t need to be convinced. They get the wines pretty much at wholesale prices, or 25-50% off usual retail prices.

But NakedWines founder and CEO Rowan Gormley didn’t stumble on this idea by chance – he was retrenched in the middle of the worst recession of his lifetime. “I had no choice. Luckily 12 other colleagues decided to leave as as well, and we came up with the idea under a tree in my garden. Lubricated by some wine, I may add,” explains Gormley.

He says the thinking was this – there are only two important people in the wine business – the wine maker and the wine drinker – and they, in his words, are “both being screwed”. The only way to beat the competition, he had realized, is to reinvent the business such that winemakers can be funded direct by consumers.

Essentially, these angels each puts $40 a month into their NakedWine accounts, and that money goes towards their next purchase. The privately-funded NakedWine invests that money into independent winemakers from around the world to make wine exclusively for them, which are made available for these angels to purchase. NakedWines even offer an unconditional money-back guarantee and customers are are invited to rate the wines they funded.

In the long run, Gormley says NakedWines wants to do for winemakers what has happened to chefs. “30 years ago, chefs were hidden behind a kitchen door, (but) now the chef is the restaurant,” Gormley points out. “The same thing will happen in the wine business, and people will realize that these expensive wine estates are wearing emperor’s clothes. (And then) the winemakers become the stars of the show.”

This model seems to be succeeding – NakedWines consistently raises $4 million a month through crowdsourcing from an average of 100,000 people to invest directly into its stable of around 40 winemakers.