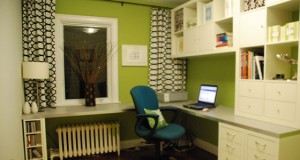 There are many aspects of modern life that have changed significantly over the last couple of decades in particular, and the way we do business has certainly changed with the growth of areas such as eCommerce shaping the way many of us now work.

One aspect of modern business methods that is seemingly constantly up for debate is whether home workers are as productive as their office-based colleagues and whether this growing trend can help your business to prosper with this flexible approach to employment.

There have been a number of comprehensive studies carried out to determine the effects and potential benefits for both the employer and employee of working from home and according to research from the London School of Economics, the general consensus was that home workers are happier and more productive.

Employees who are given the freedom to work from home are considered to be less distracted and many are grateful for the flexibility and time savings they enjoy through not having to commute to an office, and the findings of their report suggested that these time savings were in fact ploughed back into work time, giving employers added value in return for offering the opportunity to work from home.

A flexible attitude to working helps can help companies prosper and when you are offering 24/7 customer care as part of your service, which companies like ImRubbish do, it often takes an adaptable outlook in order to achieve these goals.

Home working is not a cure-all solution and it is quite clear that this style of employment does not suit everyone. It seems that the happy-medium in terms of job satisfaction and productivity is allowing employees the best of both worlds and allowing them to work partially in the office and the rest of the time from home.

Anyone who likes a lot of social interaction is clearly not going to enjoy being on their own at home but those that are perfectly able to manage their personal responsibilities and are disciplined in their approach to home working can also enjoy some social interaction on the days when they are working in the office.

There are attractive cost benefits to be considered if your company is considering the prospect of fully embracing the home-working approach. The potential cost savings for employers is lower office overheads if you find that you do not need the same amount of office space as before and there are environmental benefits as well, as transport costs and carbon emissions will be lower when fewer people are commuting to work.

The results of a case study that was published by the Harvard Business review followed a travel company that employs call-centre staff and for nine months, 50% of the workers were offered the chance to work from home whilst the other half remained in the same working conditions as before.

The company who took part in the exercise were convinced that the study would show the main benefits for them would be a cost saving on overheads due to saving money on space and furniture and that the savings would outweigh the productivity hit it would take as a result of employees leaving the discipline of the call-centre environment.

The did indeed calculate that they achieved an average saving of around £1,200 per employee during the nine month period but what they were not expecting was an increase of 13.5% on the number of calls the home-workers handled compared to those that were still based at the office.

It was also interesting to note that home-workers actually worked more hours than those who were still in a traditional call-centre setup and working in an office. The staff working from home started work earlier, took shorter breaks and worked right through until the end of the day, which demonstrated that the perception of home-workers not working as hard is a myth that is not supported by the results of this study.

Another noticeable benefit for the employer was a reduced staff turnover rate, with home-workers being up to 50% less likely to quit their job than their office-based counterparts. Sick days were significantly down for people who were given the opportunity to work from home and many

Home-working is not a panacea that is suited to all businesses but it is quite clear that there is evidence to suggest that your business could benefit from this growing trend.

Tim Brown has a background in business psychology with an interest in improving employee productivity and satisfaction. Tim currently supervises online ventures where he is deeply engaged with managing outsourced contractors and remote employees. He often writes about innovative and modern strategies for keeping employees at their peak and his articles mainly appear on business blogs.