by Bill McBean, author of “The Facts of Business Life: What Every Successful Business Owner Knows that You Don’t“

There has been a lot of news coverage lately about bullying between teammates on the Miami Dolphins. And by all accounts, it’s an ugly situation — the team in disarray, sponsors canceling contracts, season ticket holders canceling tickets, the Dolphin brand becoming a punch line for comedians’ jokes, and an overall loss of value for the franchise. And that’s not even taking into account the potential for destroying careers.

But to my mind, the real story is that so many people are surprised by it. I’m not surprised, and neither should the NFL, franchise owners, or their executives be. The only thing that does surprise me is that it took so long for a bullying story to become public.

The fact is that bullying is a real problem in business, and can become a major issue if it’s ignored or unchecked. It’s something that can happen in any business, which successful owners understand and, when necessary, take steps to overcome. (Interestingly enough, professional football players notwithstanding, not all workplace bullies are men. Women can be bullies as well, and are sometimes downright nasty to each other as well as intimidating to men.)

But regardless of who’s doing the bullying, at the end of the day it is the owner’s responsibility to have the backbone, and the guts, to stand up and protect his or her entire staff, even if it means firing good individual performers, and, on occasion, good customers.

In fact, if you don’t own your own business but would like to, and you don’t think your personality is strong enough to handle bullies face to face, you might want to rethink becoming an owner. If you don’t, you may well find yourself unable to control your business, having to constantly face disgruntled employees, and feeling continuously frustrated.

There are actually several different kinds of bullying, and as an owner it’s essential that you know how to deal with all of them. Some of the most common forms are:

Whoever said the customer is always right was full of crap. Part of your job as an owner is to protect your employees, and that includes protecting them from abusive customers. What that means in practice is that if you see—or hear about — a customer who bullies a member of your staff, you have to step in and let the customer know that he or she is upsetting your employees as well as other customers. And if they continue to act that way, you can ask them to leave.

A skunk stinks from the head down, and if the owner is a bully, it sets the stage for the rest of the staff to act the same way. And they will.

Whenever I’ve wanted to hire experienced employees, I’ve always found one of the most fertile places to look are companies where the owner is a bully, because good employees always want to escape. So if you’re the bully, you need to realize that you’re the problem, and that if you don’t do something about it your business will never reach its potential. If you don’t feel you can change — and doing so is hard — you can replace yourself with someone who’s better suited to dealing with your employees or you can sell the business. It’s not an easy choice, but as the leader you’re the one who’s ultimately responsible for the company’s success.

Like the owner’s role, management’s role is to show leadership, create controls and processes, motivate, educate, and develop an environment in which everyone can succeed. If someone at the higher levels of your company is a bully, it usually means you have the wrong person in that position, and the sooner he or she is released the better.

4. Employees Bullying Each Other.

As in the case with the Dolphins, owners and managers who allow their employees to bully other employees create a problem for the whole organization. It shows management weakness, and an uncaring attitude toward the staff that creates an environment where teamwork and safe working conditions are foreign concepts, dissatisfied employees are common, and success is uncommon. As an owner or manager, it’s your responsibility to let bullies know that their conduct is unacceptable, and that if they don’t change they will be gone.

This happens a lot more often than you might think. Management is often under pressure to produce results, and because of that, they sometimes allow high producers to dictate how a business is operated.

But you can’t let the tail wag the dog, and if a company is going to be successful in the long run, you must have the courage to push back. This is especially true of owners. As an owner, it’s essential that you remember it’s your company, and that what you want matters. And if your authority is challenged, you have to take swift and firm action.

This isn’t a complete ‘bully’ list — just some of the more common ways it can happen in your business. And believe me, no one is immune to it. At the same time, the actions I’ve suggested aren’t always easy to do. But doing them is important, because it separates the great — and most profitable — owners from the average ones. 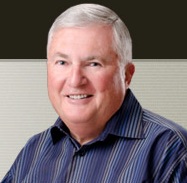 Author of “The Facts of Business Life: What Every Successful Business Owner Knows that You Don’t” Bill McBean spent many of his nearly forty years as a successful business owner in the automobile industry where, among many other achievements, he purchased several underperforming dealerships and turned them into a successful business enterprise with yearly sales of more than $160 million. Since selling the company to the world’s largest automotive retailer, AutoNation, McBean has been involved in several new businesses, including McBean Partners and Net Claims Now.