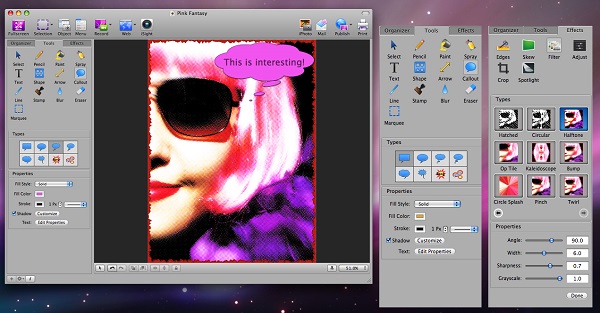 Say you’re a Mac user and need video recording, image capturing and annotating software – perhaps you simply need something nifty to manipulate videos and pictures for Web use – but unwilling to shell out the dough for Adobe’s full Creative Cloud suite, you may want to consider Voila by software developer Global Delight. Voila is an intuitive all-in-one tool that’s likely to prove useful for small business owners, web developers, content creators and educators – such as teachers who need to create tutorial videos and course materials – who are unlikely to maximize the use of pricier platforms whose extensive features one may end up paying for but not using.

Its video capture function, for example, allows you to record all of your on-screen activities, along with audio, in top quality resolution – you can even choose to record in full-screen or just a selected portion on your screen. Aside from video, there’s the still capture mode that even lets capture freehand shapes on screen, but a truly useful function is that web captures retain important metadata such as title, URL, tags and description, so one can always refer back to the source. Voila’s annotation feature encompasses standard editing functions such as the adding of texts and shapes, the use of effects, cropping, resizing and the like. A spotlight feature helps to draw attention to a specific portion of an image while dimming other areas. To manage all captured videos and images, a built-in organize function enables users to organize their files.

For those who love to share their work, sharing functions include email, publishing via Flickr, FTP or SFTP or even print their work. A recent update added support for sharing on cloud services such as Evernote and Dropbox, as well social network Tumblr. If you’re a small looking for a tool that lets you easily make and annotate a screen shot, create presentations and webinars or record any video on the web (such as a YouTube or music videos), Voila should meet your needs.

Can I Still Buy Life Insurance if I Have Chronic Health Conditions?