If you feel like success has been consistently unattainable throughout your life, then you might want to take a good long look at some of the habits that you’ve cultivated in your day-to-day routine. Many times, people engage in self-sabotaging behavior without even realizing that they’re doing it.

As such, here are five self-defeating habits that tend to prevent your success. If you recognize any of them, you may want to take action to institute some changes:

It isn’t a bad thing to set the bar really high when it comes to your standards. After all, if you don’t strive for excellence, you’ll always be settling for mediocrity. However, if your goals aren’t realistic or attainable, then you’re just setting yourself up for defeat. Instead of trying to summit Mount Everest in a single day, it’s better to set smaller and more attainable goals toward the end.

Since a large and insurmountable goal can lead to intimidation and procrastination, part of the value derives from the simple act of starting. It’s okay to have big dreams, but you’ll want to set reachable milestones on the way to ultimately achieving it.

2. Allowing a Single Defeat to Derail Your Efforts.

Nobody likes to lose when they put forth effort. And occasionally it can seem catastrophic – having your house foreclosed on, watching your business crash and burn, experiencing rejection from someone whose opinion you value. When these things happen, it’s sometimes hard to recover.

But if you allow a single defeat (or multiple defeats) to derail your entire life, then you’re exhibiting some habits that are extremely self-defeating. Instead of allowing a defeat to crush you, it’s better to think of it as a learning experience. After all, nothing is better for learning how to do things the right way than watching those things fall to pieces.

The best tactic is to re-strategize and re-adjust your plan using your newfound knowledge. In this way, you may lose the battle, but you’ll win the proverbial “war.”

3. Failing to Make Concrete Plans for Your Future.

Living a spontaneous life certainly has its virtues, but failing to formulate any kind of life plan is a clear-cut act of self-sabotage. Just by virtue of having a plan, your chances for success will be exponentially increased. This means looking a day, a week, or even a decade down the road.

These plans should also be concrete. Thinking about creating a plan for retirement? Invest some time in reading the Fundamentals of Annuities by Fisher Investments, and start coming up with an actionable game plan for your golden years. This sort of approach will set you down the path toward turning your plans into actuality.

However, don’t create a plan that’s inflexible. As we’ve mentioned before, catastrophes can happen and life has a way of undermining even the most carefully laid blueprints. So here’s your takeaway: It’s great to create a five-year plan, but it’s just as important to know why you should revisit your plan with regularity.

Pessimism is another major form of self-sabotage that’s pretty much guaranteed to prevent your overall success. By expecting to fail, you’re creating a vicious cycle whereby failure becomes a predetermined outcome. Subconsciously, you’ll reduce the amount of effort you’re putting forth and single-handedly engineer your own failure. Nobody ever succeeded without trying to succeed, and they rarely do it when they think they can’t succeed. Change your thought processes and you’ll set yourself up to win.

5. Making an Endless Series of Excuses.

Simply put, excuses are the mantra of the loser. They’re the means by which all failure is justified. Your success does not completely continge upon other people’s actions, upon the economy, or upon any other of the myriad excuses you can conjure. No matter what happens to affect the outcome, human beings are creatures of free will and they have the ability to shape their own outcomes.

By making excuses, you’re ceding control to the universe at large. And although they might seem comfortable in the short-term, they’re incredibly harmful in the long-term. They promote self-delusion and a defeatist attitude – both of which are the penultimate embodiment of self-defeating habits that practically smother success where it sleeps. 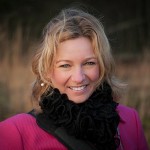 Molly Pizzaro, aka Writer Molly, is a prolific writer who spends all her time on the Internet writing about everything that fancies her. She is a well sought-after guest writer who can write across all niches including, but not limited to, tech, gadgets, travel, finance, education, health, etc. You can find her on Twitter as @WriterMollyP.