by Libby Fischer Hellmann, author of “Havana Lost” and “A Bitter Veil“

Some say the lunatics have taken over the asylum.

Until recently, agents and traditional publishers were publishing’s gatekeepers, deciding whose work was printed and whose was rejected. The growth of self-publishing has turned everything upside down now that anyone, anywhere, can publish, market their books, and call themselves an author. But is all this freedom a good thing?

Let’s look at the repercussions.

Glut of books/ Lack of Discovery.

While reliable statistics are impossible to find, Bowker says nearly 150,000 — 43 percent — of all print books were self-published in 2011. But that doesn’t begin to cover ebooks, which we know total in the millions and are rising exponentially.

The question is how many of those books are read. And how much do they cost? I’m not going to belabor how the plummeting price of ebooks has devalued books in general – we know it has. I’m also not going to estimate how many self-published books are never read. We know the number is high. Bottom line: we have millions of books at bargain basement prices that are never read. Being discovered is more a dream than a reality.

If you want to write and publish a book, you’re completely free to do so, even if you can barely write your name. In publishing no credentials are necessary. Yes, there are editors, fact-checkers, and people who presumably check to see that plagiarism is not a factor, this story notwithstanding.  The problem is that not all writers take advantage of them.

Then there’s the relentless deluge of social media. Every other message these days seems to be “Buy my book”.  Enough said.

Pointing Readers in the Right Direction.

Some say readers are providing the gate-keeping function, democratizing the process and putting it in the hands of the “people.” But the sheer numbers of books being released make it impossible for anyone to thoroughly vet what’s out there. Gems slip by unnoticed, while others, by virtue of salacious or weird content (Think 50 Shades), will generate buzz.

To some extent bloggers are already gate-keeping, by critiquing work and drawing attention to quality writing. But their process is hit and miss. There are thousands more would-be authors than bloggers. And bloggers’ TBR piles are already so vast that some aren’t accepting books at all.

We’ve seen the rise of aggregators like Goodreads, Booklikes, Shelfari, and Red Room, who play the role of gatekeepers by allowing anyone to rate books, post reviews, and then collect the panoply of opinions in one place. Theoretically, this is a terrific idea, but, like Amazon, these sites are prone to sock puppets and fake reviews and people gaming the system. Plus, some of them (Goodreads) take co-op money from traditional publishers, which confers a kind of Animal Farm “some are more equal than others” status in terms of authors’ visibility on their sites.

Btw, an offshoot of that are what I call “quasi-aggregating” sites like Penguin’s Book Country, and Bookish which are really nothing more than a forum to push publishers’ books. Most of the big 6 publishers have some kind of website like that. Don’t be fooled.

There are other author groups as well, usually around a particular genre but some, like the Incredible Indie Authors, span several. The benefits of working together are that all members have been traditionally published, and readers can be assured of a decent read. However, that in itself is an issue.

Do you know when a book sucks?

The level of craft involved is so uneven with self-published work that many readers don’t know when they’re reading sub-standard work.

Again, it’s like other industries. If you’re not part of the community, you may not know everything that goes into it. I’ve been writing and publishing over 15 years now, and I can tell by the end of the first paragraph of a book whether it’s well-written. If you can get me past that first page, I will read the first chapter. And if you can get me past that, I am putty in your hands.

But there are plenty of readers who don’t recognize a well-structured well-written book. They may have a feeling that something isn’t right, or that the book isn’t moving along, but if you’re not a prolific reader or writer yourself, how do you know if a book sucks? Now, don’t get me wrong—if a story is terrific, or the characters are unique, I might read on even if the prose doesn’t sparkle and the structure isn’t tight. But my mental editor will be on full alert.

Of course, I’m just one reader. And one writer. And I’m aware that my taste may be very different than others.’ In fact, when you get right down to it, who am I to judge if a book is worthwhile? And if I’m loath to make myself a gate-keeper, who else should sift through the crap?

It’s a thorny issue. If craft and quality don’t matter, what does? And how do we find it?

I think you can tell that I’m not very sanguine about the future… at least today. So this is where you come in. I need some reassurance. I don’t want to wade through a morass of mediocre writing out there, whether it’s traditionally OR self-published. At the same time, I don’t want to miss out on a gem or two.

I dunno. What do you think? What am I missing? 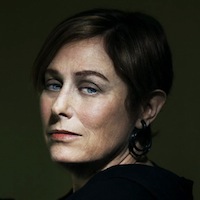 Libby Fischer Hellmann writes compulsively readable thrillers. Her 10th novel, “Havana Lost“, a stand-alone literary thriller and love story set in Cuba will be released in September, 2013. “A Bitter Veil“, another stand-alone thriller, is set in revolutionary Iran during the late ’70s and was released in 2012.

How To Work With Techies So You Get The Best From...