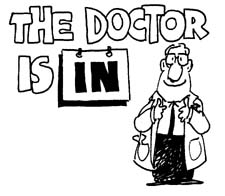 Everyone knows someone who is self-employed. And from the sounds of it, there are plenty of perks: no one tells you what to do at work, no one to impress, and no annoying co-workers to deal with.

These are all reasons to envy the person who gets to be their own boss — but what about the downsides? The biggest of these downsides is something that is perhaps more important than all the perks combined: getting adequate healthcare at a rate that won’t break the bank, and with benefits that make sense.

The fact is buying individual health insurance is extremely expensive for most people who work for themselves. What’s even more common, however, is that the majority of self-employed men and women out there don’t even know where to look to find affordable alternatives for coverage. That means that they usually end up going without insurance altogether.

Assuming that no one wants to be without coverage, let’s explore some ideas.

The most intuitive way to find insurance information is to search for it, and to browse various insurers’ plans online, at brokerage websites that are like one-stop shopping for healthcare.

Another way to do it is to go directly to the insurance companies themselves and request a quote, but that’s a lot like going to a designer store for a designer jacket when you know you can get it for cheaper elsewhere.

With individual plans however, getting it cheaper is not so easy. States used to let you claim small business status that allowed for some leeway in rate prices, but the Affordable Care Act has eliminated that possibility.

So, is that it? Are self-employed people doomed to forever lurk in the shadows of over-priced or non-existent healthcare?

Luckily, you are not doomed. Here are some ideas that can be a little more wallet-friendly, than an individual policy.

Getting Covered By The One You Love.

Frankly, if you’re married, you probably should have thought of this already. But if you haven’t, here’s your chance. If your spouse gets healthcare from his or her employer, chances are that means you can get it too.

Often, it’s as simple as calling into the companies HR or Healthcare Office, providing documentation, and filling out forms. If you have this option you should certainly take advantage of it.

You may have heard of COBRA before. It stands for Consolidated Omnibus Reconciliation Act, and what it does is it allows you to keep your health insurance plan from your ex-employer, following the loss of your job.

The good news is you can keep the plan for up to 18 months, while you look for other care options.  The bad news is, you have to pay your monthly premium in full instead of just a percentage of it.

In some cases, this can mean expensive premiums that may put a damper on your quality of care.

Down on your funds? Try Medicaid.

When people think of Medicaid they often think of the elderly or people who are living way below the poverty line, but the truth is that Medicaid is in place to help everyone who cannot afford insurance, which means that even though you are “surviving”, you might still qualify for coverage.

Specifics vary depending on where you live, but for the most part, if you make a yearly salary of up to 100% above the Federal Poverty Line (FPL), then you are eligible to apply for Medicaid.

Even better, The Affordable Care Act is set to raise the cap, which I’ll discuss more a little later.

Professional? Check With Your Organization.

It’s not the first thing most people think of, but the fact is that if you are a part of a union, a bar association, worker’s association, or organization, you may qualify for some form of healthcare as a member. And get this: some national organizations are able to offer their members full healthcare coverage at a reduced rate.

This one is worth checking in to, for sure.

The Affordable Care Act: What It’s All About.

The name has been thrown around for nearly 3 years now, and it’s often hard to understand exactly what the Affordable Care Act is and how it will affect the average person who needs healthcare.

Here’s how the ACA affects the self-employed individual:

If you work for yourself, you are considered an “individual” according to the Act, which means that you are required to purchase or apply for some form of medical insurance, or you’ll be subject to a fee of $95 by the end of 2014.

This is a relatively small fee for most, considering you have 11 months to pay it. The trouble is, however, that the fee will increase yearly for 2 more years, and then it will be tied to the rate of inflation. This means, it’s going to get a lot more expensive to go without health insurance.

So for those Americans who are happily uninsured, this will serve as a wake up call.

Most of us would agree, however, that having healthcare is a good thing, and we are not kicking and screaming at the thought of being insured.

There are other perks to individual status under the AAC, namely tax credits for plans that you choose from, at online marketplaces that are set up by each state.

This will be similar to the healthcare browsing I mentioned earlier, but the tax credit advantages are much greater if you choose to go thru the state-sanctioned site.

The other nice thing about the ACA is that if you make between 100% and 400% of the FPL in a year, you won’t pay more than 9.5% of your income toward healthcare.

The rate of pay varies on your income as well, so that means, if you make less, you pay less. The difference between your cost and the actual cost is thereby covered by your tax credit.  Sounds good, right?

There’s more: Medicaid is set to expand under the ACA to allow people whose income is up to 133 percent of the FPL, which means more people will be eligible.

States do have the option to opt out of this measure, but an estimated 26 states are leaning towards or are on board with the expansion. Also, for the first time, single adults without kids will be able to apply for Medicaid.

Not to mention all the other elements of the ACA that protect people’s rights, such as doing away with denials based on pre-existing conditions, and getting rid of lifetime and annual spending caps. These two are important because they keep insurers from denying anyone, which means fewer people will be without care due to their age, gender, or medical history, which is no grounds for denying someone care.

Effectively, the muddy world of healthcare is sprouting some well-needed grass, and there’s hope for an even better landscape in the future. As many of you know, the Affordable Care Act doesn’t go into affect until January 2014, but if you can’t hold out until then, chances are there is a way for you to find better care, to help protect your life and your business. 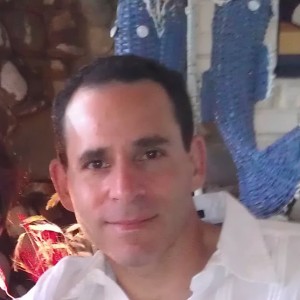 Simon Bukai is CEO of Vista Health Solutions, a based health insurance brokerage, focusing on small businesses and the self employed. Simon has worked in the health insurance industry for over 20 years and founded Vista in 2006.