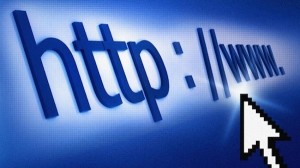 Today, the Internet has grown by such leaps and bounds that a tremendous amount of data is being created, delivered and stored each day on the Internet. For example, in just one minute on an average day, 700 videos, 28,000 Tumblr posts, 100,000 tweets and more than 34,000 Facebook “likes” hit the ‘net – and total Internet traffic expected to quadruple by 2014.

Here’s an infographic look at the timeline of how the Internet has grown since:

[Infographic credit: Who Is Hosting This]