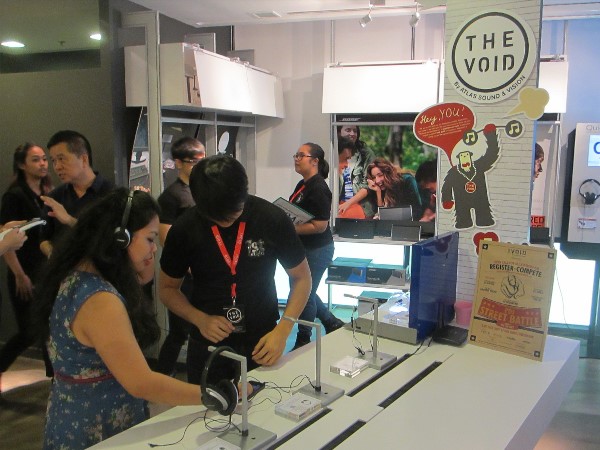 We were seated in a small studio, temporarily converted into a press conference room, deep in the bowels of the massive complex that is Singapore’s Temasek Polytechnic, rather outnumbered by young, earnest faces that surrounded us. Each of these faces belonged to a young person studying for a Diploma in Retail Management and, by extension, has chosen – largely by their own volition – a future that involved being in retail.

“I was inspired when I previously spoke to a fashion buyer,” chimed one. “Maybe even become a buyer for Barneys New York one day?”

“I’ve been working in retail for many years, and I’ve been encouraged by many of my senior colleagues in this line,” shared another.

The students were sharing their reasons for wanting to get into the retail industry, as part of the launch of a collaboration between home-grown electronics retailer Atlas Sound & Vision and The Void, a student-managed and -operated store within the school complex. Part of the store – the half not dominated by fashion wear – has been converted into an experience zone featuring Bose products such as headphones and speakers (Atlas is sole distributor of Bose in Singapore), and used as a form of training ground for students to home their retail management skills. The team at Atlas Sound & Vision even gave student ambassadors training as part of preparing for selling in the real world, including learning hands-on about the entire spectrum of activities involved in managing and operating a store such as stock-taking, customer service engagement, service recovery, executing promotions, order taking, sales reporting and event management.

Dr. Michael Tien, CEO of Atlas Sound & Vision (below, left), at the event spoke of building and equipping the pipeline of talent to support the needs of the Singapore retail scene. “We believe in… imparting our knowledge and expertise to future generations, ensuring that they are ready to support the next wave of retail success in Singapore,” Dr Tien argued. “We look forward to… creating a wealth of talent for the future of retail in Singapore.”

And that industry experience is much welcomed by educators as well – Daniel Yeow, director of Temasek Polytechnic School of Business (below, right), says that it’s through such collaborations that students are able to benefit by applying lessons from the classrooms in real-world retail and event settings. “We believe that this experience will add significant value to their portfolios as they ready themselves for entry into the retail workforce in the future,” Yeow said. 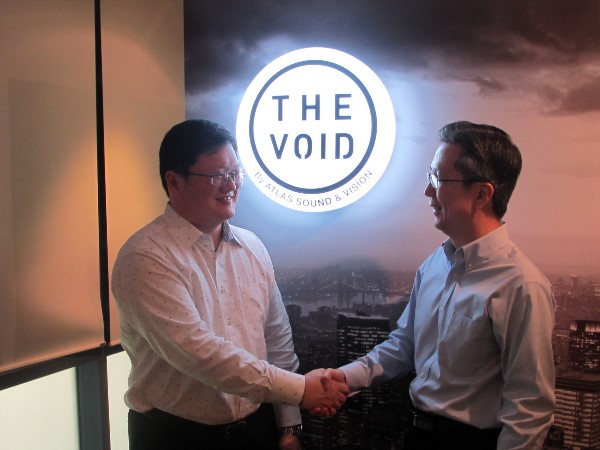 But the retail landscape is rapidly changing in Singapore as it is in the rest of the world, when a product purchase is no longer confined to a showroom experience but is often just a few clicks away. Amazon recently even announced free delivery to this part of the world for purchases above a certain amount, which many heard as a death knell for traditional brick-and-mortar businesses.

Both Dr Tien and Yeow concede that the Internet is forcing many traditional retail businesses to rethink their operations. “Customers ultimately want and pay for a certain experience, and desire to understand the value of what they are paying for – the challenge is for us to create and capture that value,” Dr Tien mused. “The truth is that you’ll never be able to retain price-sensitive customers who try your products and buy them elsewhere for cheaper, but that doesn’t mean they are not deserving of service.” Dr Tien then points out the importance of big data to traditional retail, which can help businesses nail down exactly at which point they convert – or do not convert – their customers. He also spoke of the “omni-channel” trend, where not only traditional businesses not only recognize the need to be online, but online businesses also launching brick-and-mortar operations to complement their online sales strategy (Groupon in Singapore, for example).

E-commerce has even crept into classes, with Temasek Polytechnic this year revamping part of their course curriculum to include modules that specifically address this new paradigm in retail. “In fact, quite a few of our students already run their own blog shops,” course manager Sam Tan shared.

But learning is a two-way street, and Dr Tien believed that this collaboration with The Void will also help Atlas Sound & Vision understand more about what the youth of today want – a product test bed, of sorts. “It will help shape our understanding of the needs of this segment, that we can subsequently feed back to the design teams at Bose,” he said. Temasek Polytechnic’s student population of over 16,000 students likely provides a sizable sample for gathering sufficient data.

We ended the event with a tour of The Void, where student ambassadors practiced their product knowledge and customer care know-how on the audience. Part of The Void had been dressed by the retail team at Atlas Sound & Vision, but a third-year student who was helping to do a rebranding of the space was explaining what changes she and her fellow students wanted to implement to make the space appeal more to their customer segment.

“We conceptualized and outfitted the space according to what we think they would like,” one of the team members from Atlas Sound & Vision who had helped train the students told me, even as he gestured around the space. “But really, who’d know what they want better than they themselves?”