by Bruce Piasecki, author of “Doing More with Teams: The New Way to Winning“

It’s that time of year again. All across the country, promising young (and increasingly, not-so-young) individuals are entering the job market with shiny new college diplomas in hand. If your company is hiring (and even if you’re not), you can bet that you’ll be flooded with their résumés. Sure, many of these newly minted graduates will have impressive credentials… but one of the most important attributes you should be looking for is actually somewhat rare — especially these days — and chances are it won’t be evident on paper.

That attribute? The ability to function well inside a team.

Of course, it’s not universally true, but many young people are fierce individualists. It’s not surprising that the generation of Facebook and Twitter cares deeply about self-expression, but ironically, this mindset is the exact opposite of what the global economy demands.

Collaboration and innovation are how work gets done these days, and the complexity of that work necessitates a dizzying array of skill sets. This means it’s better to hire a team-oriented, coachable, and loyal “smart enough” individual than to hire a super-talented high performer who prefers to go it alone.

Look for good team players and not future MVPs. Even the most brilliant individual is less powerful than a cohesive, well-orchestrated team.

The near future will be all about innovation for sustainable value creation, led by teams. The days when a larger-than-life personality is allowed to steamroll over the rest of the company are over. This destroys morale, which destroys results. (And without the ability to get results — and quickly — no company can survive in a swift and severe world.)

Especially with recent graduates, keep a sharp eye out for prospective hires who may think the rules don’t apply to them, or who think they’ll become superstars inside your organization. Untested young people who found it easy to excel in school often assume the same will be true in the professional realm. They may be resistant to ‘paying their dues,’ so to speak.

Companies can’t afford to teach new hires how to work with others. They have to be able to distinguish team-minded individuals in the interview process. Here are some hints on the qualities you should look for and the questions you should ask:

1. Conduct interviews in a team of four or five leaders.

This will replicate the dynamics of the team setting the new employee will be working in. Good team players tend to do well in settings of four or five people asking an avalanche of questions.

2. Look for an intrinsic ability to “bond” with interview team members.

Even more important than dress, training, or résumé, is the candidate’s ability to “bond” instantly to at least three to five members of the interview team. This doesn’t merely mean an affinity for small talk or schmoozing. The bond we’re discussing here must translate to action in a “reliable, sustained way” with those people — and it will reveal itself in the specific points the candidate makes.

3. Also, look for a comfort level with the rapid-fire give-and-take of the interview team.

People who work well in teams do certain things well in interviews. For example:

• They don’t get ruffled. They answer your pointed questions with calm and with precision, without being terse. Like a captain, they do not have performance anxiety. They demonstrate grace under pressure, know when to exert force, and overall provide your team with a sense of respect and fascination for more. If you feel they have nothing to say to the team, they should not be your finalist.

• They enjoy interviews that involve more than one “boss.” The true team player, the true potential project leader, or the true divisional captain is someone who shoots straight but understands the culture. That is, they know precedent, but they demonstrate an ability to work fast and past the impediments of budget, rules, and competition.

• They relate one person’s question to another, and they answer to the group by relating the questions as “pieces of an overall composite” of a whole. Team players know individual questions are merely a part of the mosaic of the culture that runs a firm. They are ‘looking’ to get a sense of that culture and articulate how they anticipate fitting into that culture and how they wish to perform within its norms.

In other words, team players understand that the group asks questions in a sequence for a reason, and that the questions are not arbitrary but often related to a larger issue. They seem to understand that what you’re really asking is Are you trustworthy? Can you work for our benefit? Will you share shoulder strength? Their answers will reflect this deeper understanding.

4. They show respect for the team they are seeking to join.

Fierce individualists might focus on their performances in previous jobs, internships, or academic programs, and on why your company should put their ideas into practice. Team-oriented candidates, on the other hand, will never display such arrogance. Team players understand the legacy of the team, the coaching approach, and the reasons to improve in the current season. They live with the past legacy before them and demonstrate respect for it.

5. They demonstrate a desire to work with you for a long time.

As a player in the global economy, your quest is to generate revenue through respect, relationships, and long service. That kind of well-paid loyalty requires a team player. You are always looking for a longer-term player, someone who is coachable in a matter of seasons, not just individual project events.

Fierce individualists tend to ‘make their mark,’ then move on. But in our swift and severe world, we need people who have a deep craving for the kind of team connections that grow stronger over the years.

In fact, they long for it. It’s not that they want the praise, but that they want to get a feel for the path of improvement available to them. They will expect it to be a two-way conversation, whereby you are able to interact with their responses, not just a Q & A session. The way they behave in the interview will mirror the way they’ll behave on the job.

7. Be sure you have a “captain” making the final hiring decision.

Captains, as opposed to plain old “leaders,” are skilled in the art of teambuilding. While an entire book could be written on the subject of captains, in general they have the ability to recognize key capabilities in employees, to put the right people into the right roles, and to create a certain “magic” that transforms a group of individuals into an interconnected whole.

You may never have a candidate who does everything on this list ‘right,’ or answers every question the exact way you want it answered. But if you approach your interview with an awareness for a teamwork attitude, you probably won’t go wrong. 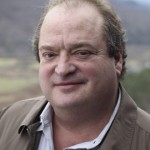 Dr. Bruce Piasecki is the author of “Doing More with Teams: The New Way to Winning“, and president and founder of AHC Group, Inc., a management consulting firm specializing in energy, materials, and environmental corporate matters. His other books include Nature Society’s book of the year “In Search of Environmental Excellence: Moving Beyond Blame“, as well as recent New York Times, USA Today, and Wall Street Journal bestseller “Doing More with Less: The New Way to Wealth“.