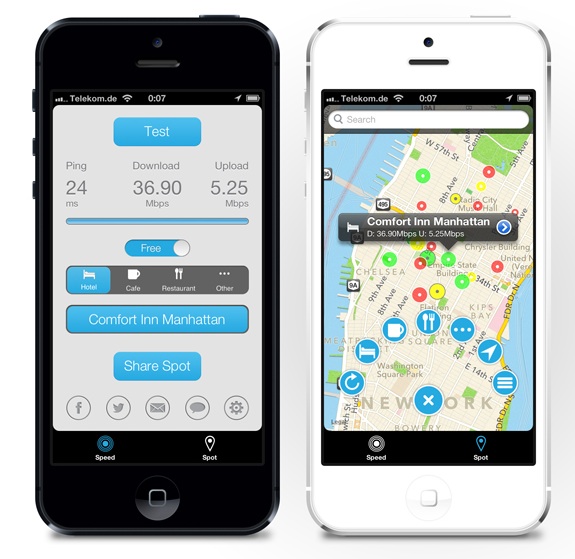 If you’re a mobile warrior who travels and often need to rely on WiFi networks around you, you probably know the frustration of connecting to a WiFi network – free or otherwise – only to get crawling (or non-existent) data transfer speeds.

Well, there’s an app for that. SpeedSpot is a free mobile app that lets you test the internet speeds – ping, upload, and download – of WiFi networks around you, so you can make an informed decision on which ones to connect to. So whether you are in a hotel, cafe, restaurant or some venue that offers free or paid WiFi, you’ll know which ones offer the fastest speeds.

There’s also a feature that allows you to share your SpeedSpot results with others – but really, why would you want to do so and increase congestion? =)

SpeedSpot is currently only available for iOS, but an Android version is in the works and should be released soon.