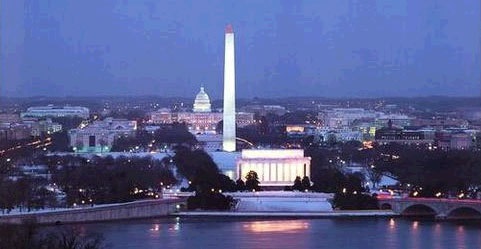 When it comes to U.S. job creation, conventional wisdom says Washington can do little good, and that may seem like the case given the current polarizing debate over taxes, spending, and the budget.

However, there is good news and a good idea coming from a bipartisan group of lawmakers that would do much to help innovative startup companies, the engine of U.S. economic growth and job creation, by allowing them to take advantage of the successful Research and Development (R&D) tax credit.

The Startup Innovation Credit Act (SICA), introduced by Democratic Senator Chris Coons and backed by an influential group of Republicans and Democrats, would open the R&D tax credit to new companies that do not make enough profit to incur an income tax liability.

Under current law, the R&D tax credit – the biggest tax credit out there for business at $9 billion dollars a year – is only available for companies that are making a profit and paying income tax.  This bar effectively prevents startups from taking the R&D tax credit, even though these new businesses are often doing some of the most cutting-edge work.

For example, new companies such as DeNovix, an innovative bioresearch technology company mentioned by Senator Coons in his Senate speech about SICA, invest heavily in research and development, yet they are shut out of the R&D tax credit.

The SICA proposal would change that by allowing young, innovative startups to claim the R&D tax credit against the other federal business taxes they pay – their share of employment taxes which fund Social Security and Medicare.  Those federal programs would be made whole by transfers from general revenues.

Few economists or policymakers would doubt the importance of startups in today’s economy. The bill’s sponsors note that between 1980 and 2005, firms five years old or younger were responsible for all net new job creation in the United States. That’s about 40 million jobs.

This proposal merits strong support and quick action in Congress at a time when many Americans are worried about the slow pace of job creation in the current economic recovery.  What better way to create jobs and secure the country’s economic future than to foster the innovation and entrepreneurship that historically has made the United States the dominant force in the global economy?

Are Small Businesses Missing the Bus?

While SICA will be a big help for startups, the simple reality is that thousands of small and medium businesses that are currently eligible for the R&D tax credit are not taking advantage of the credit.

Right now, more than half of the Research and Development tax credit goes to companies that earn more than $1billion. I have found in my work though that roughly 19 out of 20 companies eligible for the R&D tax credit do not take advantage of this tax incentive.

The main reason small businesses don’t take advantage of the R&D tax credit?  Self-censorship.  It is important to keep in mind that the R&D tax credit is not just for researchers in lab coats. It is meant to support all levels of technological advancements to improve a product or manufacturing process.  For example, industries such as manufacturing, food processing, computer software, architecture and engineering are all good candidates for the R&D tax credit, as well as the traditional fields such as the pharmaceutical, medical and transportation sectors.

It is important for business owners to understand that the R&D tax credit is not just for basic science – but also for applied science.  Dealing with the problem at hand for a client—improving that current product, making it quicker, easier, cheaper, faster, greener.  All these activities can potentially benefit from the R&D tax credit.

Dean Zerbe is alliantgroup‘s National Managing Director based in Washington D.C. Prior to joining alliantgroup, Dean was Senior Tax Counsel to the U.S. Senate Committee on Finance. During his tenure, Dean was intimately involved with nearly every major piece of tax legislation signed into law, including the 2001 and 2003 tax reconciliation bills and the JOBS bill in 2004 (corporate tax reform). Dean is a regular contributor to Forbes.com (Dean of Tax).