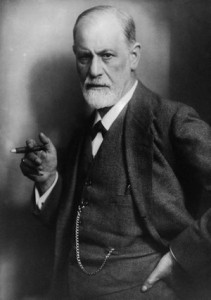 In the early years of their friendship, Sigmund Freud once said to his younger colleague Karl Jung: “I’ve only opened the door… it is for men like you to walk through it.”

The door is wide open; frameworks have been built; and, now advances in neuroscience and new technologies promise to finally push psychotherapy through the proverbial door.

Freud enhanced psychotherapy in two ways: 1) uncovered the value of the unconscious and a more nuanced perspective of the brain; and, 2) fathered psychoanalysis, a form of treatment that is still widely taught and practiced today. Freud had a background in neuroscience, but scientific and technological limitations at the time precluded him from explaining higher cognitive processes through research. This led to Freud’s transition to study the brain through psychoanalysis from which he built a framework. Freud’s method is criticized for its lack of empirical evidence. Nevertheless, he was not equipped to provide such evidence.

Freud was keenly aware that his theories would be influenced by advances in biology. The scientist repeatedly took ownership of his elaborate interpretations, knowing that scientific advancement would amend many of his theories. For years little research was done and the fields of biology and psychology drifted apart. This needs to change.

What would Freud do? Marry the fields.

Currently in courtship, neuroscience and psychology research are already showing major positive outcomes from their collaboration. Through imaging technology scientists can detect structural changes in the brain as a result of cognitive therapies or prescription drug therapy, especially related to OCD, depression, memory, learning and fear responses. Last month, in the largest genetic study of psychiatric illness to date, scientists discovered links between five major psychiatric disorders: Autism Spectrum Disorder (ASD), ADHD, bipolar disorder, major depressive disorder, and schizophrenia were shown to share genetic commonalities. What is the implication? Among other applications, through marrying the science and psychology by using technology, psychiatrists can hopefully increase treatment outcomes by using someone’s individual genome to better predict which prescription drugs would work best.  New technologies utilizing artificial intelligence mechanisms, personal data tracking and monitoring, audio feedback analysis, and Bottom line: the linkages scientists find in the brain will have vast implications on our mental health, which is at the heart of our overall health.

Obama recently announced a $100 million initiative for 2014 to develop better technologies to understand the human brain.  The project, “Brain Research Through Advanced Innovative Neurotechnologies,” or it’s diminutive: “Brain,” comes at a time when nanotechnology development is mature enough to devote considerable resources and a “dream team,” to important developments in neuroscience that will hopefully have profound effects on Alzheimer’s, PTSD, traumatic brain injuries, and mental healthcare.  The project, which will involve both private and public institutions, does not yet outline specific goals or a timeline, but its scope has been compared to that of the Human Genome Project.

Some of the biggest issues with Freud’s work remained: “how can we quantify Freud’s theories? Is there empirical evidence that this theory works?”  I strongly believe that if Freud could have, he would have embraced technology and the ability to quantify his process. Freud knew we could not fully understand the biology of the brain, and consequently, his approach was more art than science. Now, science is getting closer to creating the holistic puzzle to help scientist solve pervasive challenges for brain health.

This process will take a long time and require patience. Nevertheless, I believe we are on the brink of amazing discoveries in neuroscience and impactful implications for mental healthcare treatment. Through technology, today we have the ability to understand much more, to treat more effectively, and soon, to potentially better determine what treatments work.  While science is still at a nascent stage, I believe the next 2-5 years will be the tipping point for this field. 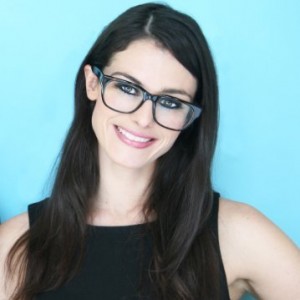 Melissa Thompson left a burgeoning Wall Street career as a trader with Goldman Sachs to become a female pioneer in the world of technology. She is currently the CEO and co-founder of Talk Session, an online counseling platform in beta mode, that will connect users with highly credible professionals for on-demand, mobile therapy and counseling sessions using proprietary algorithm matching and artificial intelligence.