by Maureen Francisco, author of “It Takes Moxie“ 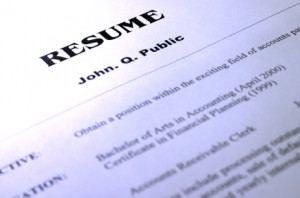 The job search landscape continues to change every year. I would know: my current line of work forces me to be on the forefront of hiring and placing people into positions.

If you are looking to switch careers or enter the workforce for the first time, here are the three steps to make sure opportunities come your way:

Whether you like it or not, Facebook can actually be your “friend” for finding that next opportunity. I currently work at RealSelf.com, an online company that helps doctors with their online reputations; I posted a job opening on my Facebook page, and friends who were looking for a change messaged me privately.

Not only should you consider having an account on Facebook, but you should also open one for LinkedIn and Twitter, which are other popular social-networking sites. According to an eBizMBA ranking in December 2012, Facebook has 750 million unique visitors monthly; Twitter has 250 million visitors, and LinkedIn has 110 million.

This is how influential social media has become:  David Van Maren, a former talent agent in Seattle and Los Angeles, told me it’s not uncommon for scouts to discover models on Facebook.

In fact, Van Maren runs the Miss WA USA, Miss WA Teen USA, Miss Idaho USA, and Miss Idaho Teen USA pageants. He said some of the contestants who go on and compete in the pageants have been discovered on Facebook.

So, make sure your Facebook is presentable — with no questionable photos or verbiage. You never know who’s searching.

If your daily routine consists of going to work and just returning home in the evening, it’s time to reevaluate that way of life. Consider joining an organization or volunteering for a nonprofit.

Not sure which one to join? Find one that addresses interests about which you feel strongly. I sit on the boards of two nonprofit organizations: the International Examiner, the oldest Pan Asian American nonprofit media in the country, and Ascend, a nonprofit that nurtures today’s Pan Asian American leaders as well as those of tomorrow. With these organizations, I learn about job opportunities became of the wide contacts each board member has. For example, I tell them about job opportunities taking place at RealSelf.com, and they tell me what available positions at their companies or other employers they know who are looking to hire. It’s all about whom you know.

These groups have goals that are similar to my own: mentoring young professionals and giving a voice to Pan Asians.

I also speak professionally and emcee events. Most recently I was a co-emcee for the Miss Idaho USA 2013 pageant. It was there that I recruited one of the choreographers of the pageant, Kay Kay Chan. I was so impressed with Kay Kay’s organizational skills and positive attitude that I wanted to work with her in other capacities.  She now sits on the board of Ascend with me as an events director.

3. People Hire Those They Know.

Our relationship worked out so well that I hired Kay Kay to be my wedding coordinator when I learned that’s what she also does in addition to being a choreographer.

The Miss Idaho USA 2013 pageant needed someone to co-emcee with me. And it was through Facebook that I reconnected with an old friend and coworker who just happened to be living in Idaho.

It turns out my friend is currently working at the local TV station there. It’s been more than ten years since we worked together at a TV station in Yakima, Washington, where he was the sports anchor and I was the weekend anchor.

We had a good working relationship then, so there was no doubt in my mind that we could work well together again. When we co-emceed the pageant, it felt like it was just yesterday that we were anchoring the news together.

So make sure you are always networking, whether in person or through social-networking sites. That way, you are never looking for a job. Rather opportunities are seeking you out. Yes, it does require quite a bit of time and organization, but isn’t it better to adopt these skills now rather than finding yourself with a lack of opportunities when you need them? 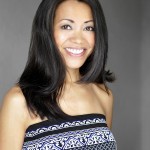 In addition to her day job and the nonprofits she is involved with, Maureen Francisco is the author of “It Takes Moxie“. She was recently profiled on Forbes.com.

Advice From A Young Entrepreneur Who (Mostly) Failed

Looking To Become A Digital Nomad-preneur? Don’t Commit These Blunders