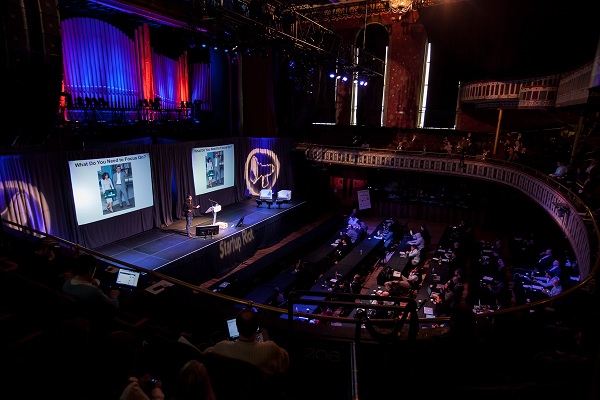 Each startup had three minutes to explain their concept as well as three minutes to answer questions from the judging panel. At the end, Excelegrade – which makes K-12 classroom assessments digital by replacing paper-based tests and assignments with assessments on tablets, smart phones and laptops – emerged winner. In second place was Spensa Technologies, which designs, develops and delivers novel technologies for the agricultural industry that reduce reliance on manual labor, foster eco-friendly farming, and enhance crop production efficiency. In third place came Ten Eight, a virtual and interactive tour booklet app that allows real estate brokers and their clients the ability to store floor plans and flyers, rate commercial properties, take pictures, take notes, and evaluate building options side by side.

“For six years, Startup Riot has served as a platform to showcase the most promising emerging technology companies – and this year was no exception,” says Sanjay Parekh, successful entrepreneur and founder of Startup Riot. “Congratulations to all 30 companies who presented today, especially our top three winners.  We look forward to watching each company continue on a successful path of entrepreneurship and innovation.”