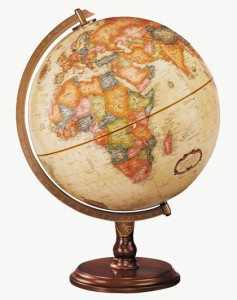 People are traveling more. International tourists grew around 4-percent in 2012 to reach 1.035 billion, according the latest UNWTO World Tourism Barometer.

By region, Asia and the Pacific (+7-percent) was the best performer in 2012, while by sub-region South-East Asia, North Africa (both at +9-percent) and Central and Eastern Europe (+8-percent) topped the ranking.

“2012 saw continued economic volatility around the globe, particularly in the Eurozone. Yet international tourism managed to stay on course,” asserts UNWTO Secretary-General, Taleb Rifai. “The sector has shown its capacity to adjust to the changing market conditions and, although at a slightly more modest rate, is expected to continue expanding in 2013.”

“Tourism is thus one of the pillars that should be supported by governments around the world as part of the solution to stimulating economic growth,” he adds.

In 2012, growth was stronger in emerging economies (+4.1-percent) as compared to advanced economies (+3.6-percent), a trend that has persisted over the past few years.

Despite its economic woes, Europe – the most visited region in the world – saw international tourist arrivals increase by 3-percent.

Asia and the Pacific saw an increase of  15 million arrivals in 2012 (+7-percent), reaching a total 233 million international tourists. South-East Asia (+9-percent) was the best performing sub-region much due to the implementation of policies that foster intra-regional cooperation and coordination in tourism.

The Americas saw an increase of 6 million arrivals (+4-percent) , reaching 162 million in total. Leading the growth were destinations in Central America (+6-percent), while South America, although up by 4-percent, showed considerable slowdown as compared to the double-digit growth of 2010 and 2011. The Caribbean (+4percent), on the other hand, is performing above the previous two years, while North America (+3-percent) consolidated its 2011 growth.

Africa (+6-percent) recovered well from its setback in 2011 when arrivals declined by 1-percent due largely to the negative results of North Africa.

Results in the Middle East (-5%) improved after a 7-percent decline in 2011, yet the region recorded an estimated 3 million international tourist arrivals less in 2012 in spite of the clear recovery in Egypt.

The UNWTO expects relatively similar growth of between 3 to 4-percent in 2013.