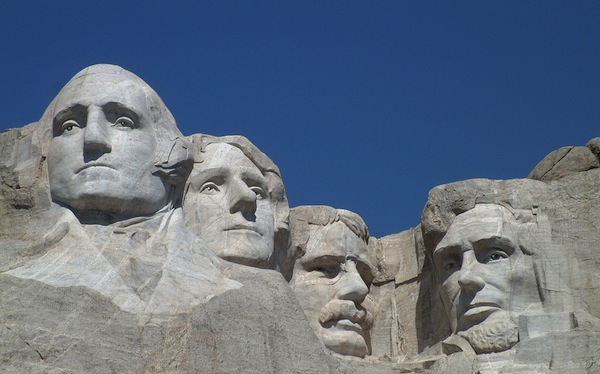 by Joseph and JoAnn Callaway, authors of “Clients First“


Presidents’ Day, which falls between the birthdays of two of our nation’s most revered leaders — George Washington and Abraham Lincoln — is coming up on Monday, February 18. And as every school-aged kid knows, both men are remembered for their honesty. The “lip service” we pay to honesty, even as we fudge the truth in our day-to-day lives, raises a question: Would Washington and Lincoln make it in today’s business world?

I believe the answer is yes. If they showed up in 2013 and truly lived up to their reputations, they would find themselves in huge demand. People really, really crave honesty and transparency, and it’s mostly because they’re such rare qualities these days.

Do a little soul-searching. You might be shocked at the number of white lies, exaggerations, misdirections, and lies of omission you’re guilty of. For example: I’m not going to meet my deadline so I’ll tell him I’m sick to buy myself a couple more days. Or, This is probably not the best vendor for this particular client, but since she (the vendor) sends us a lot of business, I’m going to recommend her anyway.

The occasional lie of omission, or even commission, may not reflect any ill intent toward your clients. But in the long run, even small dishonesties will muddy your relationship and ultimately keep your business from being all it can be.

We can usually rationalize our small or even large dishonesties. But when we examine them, we can see that our lies, little or big, are told to benefit ourselves — to make more money, to cover up mistakes, or to avoid an uncomfortable conversation.

Making the decision to always put your clients first instead — which means telling them the truth and letting the chips fall — will transform your business. It may not happen overnight, but it will over time as you gain a reputation for transparency and trustworthiness. And it will change your life. Just ask Abraham Lincoln, who ‘lost’ a lot of money during his lawyer career because he didn’t like to charge exorbitant amounts, and encouraged clients to settle out of court when it was in their best interests — even though he didn’t get paid!

We built our thriving business — Those Callaways — after a late-in-life entry into the world of real estate. Since then, we’ve lived through a bubble and survived a horrible economic downturn — and managed to prosper through both, while many of our fellow realtors never recovered. We credit our “Clients First” philosophy as our magic bullet — and never, ever telling a lie is part of that.

Early on in their careers as realtors, we faced a not-uncommon dilemma: our sellers, the Smiths, needed to sell their home soon so they could move. Their buyers, the Browns, had fallen in love with the Smiths’ house. Perfect, right? Not really. It turned out the Browns’ offer was lower than what the Smiths were asking, but it still stretched their budget. Should we tell each family what they wanted to hear (and guarantee themselves a commission)… or should they do the right thing?

We decided to tell each party the truth: This deal really wasn’t in either of their best interests, even though it was in ours. Like a fairy tale, we soon found the Smiths a buyer willing to pay their asking price, and we found the Browns a more affordable home they loved even more. The way we did business was forever changed. Whatever happened, we knew we had to always put the client first—even though the truth sometimes hurts, and a fairy-tale ending isn’t always guaranteed.

Whether in the days of Washington and Lincoln or right now, telling the truth is not rocket science. Honesty really is the best policy in business and in life. Here are seven solid reasons why:

It’s why you exist.

If you’re in business, you provide either a good or a service that’s aimed at making the consumer’s life easier, better, fuller, etc. In other words, your raison d’être comes down to helping other people. When you think about your job description in those terms, you’ll have to admit that while it may not always be comfortable, telling the truth is what’s in the client’s best interest.

You can’t truly help someone if you aren’t being honest! Sure, you can usually rationalize a blurred line or a white lie. But on whose behalf are you fudging the truth? Even if it’s for the client, broken rules and skipped steps — if and when they come to light — won’t be doing him any favors. And if you’re trying to skirt the truth to make your own life easier, beware: You’re on a very slippery slope.

It’s simple: When the customer knows he can expect the whole truth and nothing but the truth from you, he’ll trust you. And especially in the wake of so many business scandals (Bear Stearns, JPMorgan Chase, and even Bernie Madoff spring to mind), trust isn’t something you’ll automatically get from a client. You’ll have to earn it. And once you have done so, you’ll most likely have a client for life.

Trust is one of the relatively few remaining things that no amount of money can buy. It’s also something that’s invaluable once you have it. While I’m no business historian, I would venture to say that dishonesty, cover-ups, and stretching the truth played a large role in the collapses of most now-defunct companies. What would the current business climate look like today if all of those organizations had prized earning long-term trust over earning short-term profits?

It helps you show — and earn — respect.

No doubt you’ve been lied to at some point in your life. When you found out that the proverbial wool had been pulled over your eyes, how did you feel? Of course you were angry and hurt, but chances are, you also felt belittled. That’s because it’s offensive and demeaning when someone doesn’t think you can “handle the truth.” On the flip side, though, when you hear the truth — even if it’s not what you expected — you feel empowered and respected.

Respect isn’t just about being polite and using your manners. To a much larger extent, it’s about letting people make their own decisions. Sure, you can offer your expertise and opinions — just don’t withhold or twist the truth in an attempt to manipulate or manage.

Also, people respect you more when you tell a difficult truth. They may not like what you have to say but they will think more of you for having the guts to say it.

The truth will set you free.

Remember when you were a kid and your mother told you that if you told her the truth about how the lamp really got broken, you’d feel better? She was right! Making a commitment to always tell the truth will take a weight off your shoulders that you might not have known was even there! Not only do lies have their own psychic weight, they complicate your life. Truth-telling simplifies it.

JoAnn and I found that the positive effects of telling the Smiths and Browns the truth were almost immediate. The first thing we noticed was a new feeling of strength and courage. By no longer having to juggle the facts, we were relieved of so much strain! When you have only the truth, you wave goodbye to moral dilemmas and sleepless nights. You don’t have to worry about getting the story straight or remembering what you have and haven’t shared. You know you’re doing the right thing.

Honesty is a catalyst for personal evolution.

As you walk the path of putting your clients first, you’ll evolve as a person, not just as a professional. That’s because being honest with your clients isn’t always easy. In fact, in some situations, it might be one of the most difficult things you’ve ever done. But just as sore muscles after weightlifting means that your body is getting healthier and stronger, feeling uncomfortable but telling the truth anyway means that your motivations and intentions are moving toward a higher plane.

It’s hard to define what a ‘good’ person is, but rest assured that making honesty a constant part of your business will help you to move in that direction. JoAnn and I are not the same people we were 14 years ago. Our honesty now is definitely not what our honesty was then. Before, we weren’t always sure we could trust the truth, and we paid for that with fear and anxiety. Now, we enjoy a wonderful calm, as well as the trust and loyalty of clients we would have once worried about losing!

Telling the truth is the best insurance.

No matter what industry or field you’re in, things are occasionally going to go wrong. Despite your best efforts, clients will sometimes be disappointed and angry, and some will seek retribution. While you can’t prevent this eventuality, you can protect yourself by consistently being honest.

“Once I heard a fellow real estate agent say, ‘If you haven’t been sued, you aren’t doing enough business. I thought about that, and on the one hand was saddened by this person’s hardened attitude, and on the other hand, I was struck by the notion that litigation is a fact of life. It occurred to me that when you’re honest, your chances of being sued plummet. Even if things go wrong, your clients will know you have done your best and will be less likely to blame you for the failure.

Honesty is a powerful magnet.

When you cultivate a reputation for honesty, you’ll be surprised by how quickly and how far the word spreads. Clients want to work with businesses that won’t play them false, and when they believe they’ve found a good thing, they’ll tell others! And, of course, they themselves will stay loyal.

Believe it or not, JoAnn and I have never asked for referrals. We simply put our clients first and watch as they become an army of recruiters. When you show yourself to be honest and trustworthy, the people with whom you do business will recommend you and advocate for you and want you to succeed. And when you take good care of those they send your way, they’ll be proud to do it again and again.

Sticking with the truth isn’t always easy — it’s something you have to dare to do. Why else do you think George Washington and Abraham Lincoln are revered for doing so? But remember, everything has an impact — and the price of not trusting the truth is always more expensive than the alternative.

Joseph Callaway and JoAnn Callaway are coauthors of “Clients First: The Two Word Miracle” and founders of the real estate company Those Callaways.