By John Curran, President and CEO of the American Registry for Internet Numbers (ARIN)

When the Internet was first conceived as a better way for computers to communicate with one another, no one could predict the impact it would have on business communications. Today we depend on the Internet to reach customers, manage suppliers, and conduct our business in general. The Internet has already changed the nature of routine business communication (out of the era of paper correspondence and fax into the world of email and web interfaces) and yet the Internet itself continues to evolve in order to accommodate the growth in new users, as well as the widespread emergence of mobile devices such as smartphones and tablets.

This may seem like a very large number, but it is actually quite small when we consider that there are more than 7 billion people on the planet.  It will take 7 billion addresses to provide everyone with a smartphone that is always connected to the Internet, and 14 billion addresses if each of these users also has a computer at work connected to the Internet. Add in all of the corporate servers, public web sites, servers for cloud computing services, and it is apparent why 4.3 billion is insufficient to support the ever-increasing scale and scope of the Internet.<

ARIN is one of the five Regional Internet Registries (RIRs) that collectively manage IP addresses for the global Internet.  ARIN’s region consists of Canada, the US, and parts of the Caribbean.  The other four RIRs serve Africa, the Asia-Pacific, Latin America, and Europe and the Middle East. In ARIN’s region, we expect to run out of IPv4 addresses for new Internet growth in mid-2013.  Our region will not be the first to reach this milestone.  The Asia-Pacific RIR and our colleagues serving Europe and the Middle East have already reached the last bit of IPv4 addresses to distribute to organizations in their respective regions.

After ARIN runs out of available IPv4 addresses, we will only be distributing addresses from the next version of the Internet Protocol, IP version 6 (IPv6). This new version has 340 trillion, trillion, trillion addresses, which is more than enough to support the continued growth of the Internet for far into the future.Many businesses have already begun their transition to IPv6.  On June 6, 2012, thousands of technology companies and Internet providers, including Google, Comcast, Facebook, Microsoft, Time Warner Cable and the Internet Society, upgraded their public infrastructure to support IPv6 during an event called “World IPv6 Launch Day”.

Internet experts are encouraging all other businesses, no matter how big or small, to upgraded their networks to support IPv6. This will allow businesses to continue to reach customers without any impact and regardless of how individual customers are connected to the Internet, whether that is via IPv4 and IPv6.

It is particularly important that businesses upgrade their public websites to support IPv6 in addition to IPv4, because when a customer attempts to reach an IPv4-only web service via an IPv6-enabled device, their session needs to be translated and they may experience slower than usual service as a result.

ARIN recommends that businesses make sure their websites are available over both IPv4 and IPv6 connections. Mail, web, and application servers should also be reachable via IPv6 in addition to IPv4.Businesses should work with their Internet Service Providers (ISPs) to decide on timelines for IPv6 adoption and be aware that investment levels will vary. All companies should review their network and computing equipment to make sure it is IPv6 compatible.

IPv6 is the biggest upgrade in the 40-year history of the Internet. It will allow the Internet to continue to foster creativity, community and economic growth. Businesses and consumers need to pay very close attention to this issue, and be aware that the transition to IPv6 is key to the future health and growth of a robust global Internet.

For organizations that are unsure where to begin with their IPv6 transition, there are many good free online resources including ARIN’s IPv6 Info Center and IPv6 Wiki that details how to prepare, implement, and manage an IPv6 transition. 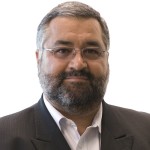 John Curran is the President and CEO of the American Registry for Internet Numbers (ARIN), responsible for leading the organization in its mission of managing the distribution of Internet number resources in its geographic region. He was also a founder of ARIN and served as its Chairman from inception through early 2009.