By Jeremy Goldman, author of “Going Social: Excite Customers, Generate Buzz, and Energize Your Brand with the Power of Social Media“ 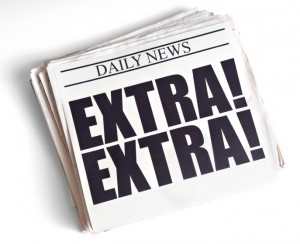 To newsjack or not to newsjack? For many young entrepreneurs and small business owners, that’s becoming an increasingly important question with respect to their social media activities. For those of you not familiar with newsjacking, it’s the act of taking advantage of momentum from a breaking news story by creating real-time content somehow relating to the that breaking news.

Newsjacking is a sensitive topic, and can get your brand into more trouble than it’s worth. The recent devastation of Hurricane Sandy provides ample evidence. Many small companies look to companies such as Gap and American Apparel for inspiration, but those two brands were roundly criticized for their Sandy-related newsjacking efforts.

On the afternoon of October 29th, just as the storm’s impact was beginning to be felt in New York and New Jersey, Gap tweeted: 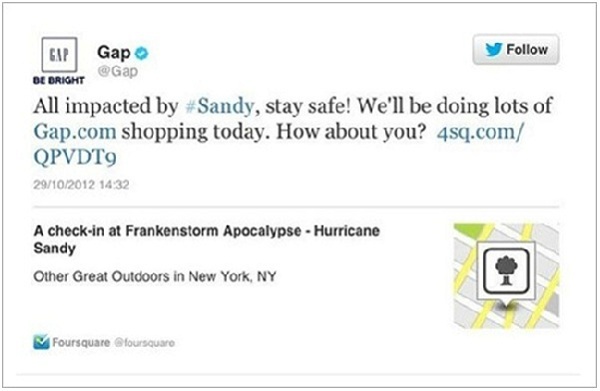 The brand later took the tweet down and offered a semi-apology, but the damage was done, and the brand received a number of angry and sarcastic tweets in response.

American Apparel’s attempts to newsjack were far more egregious because more thought and effort seemed to go into the act: 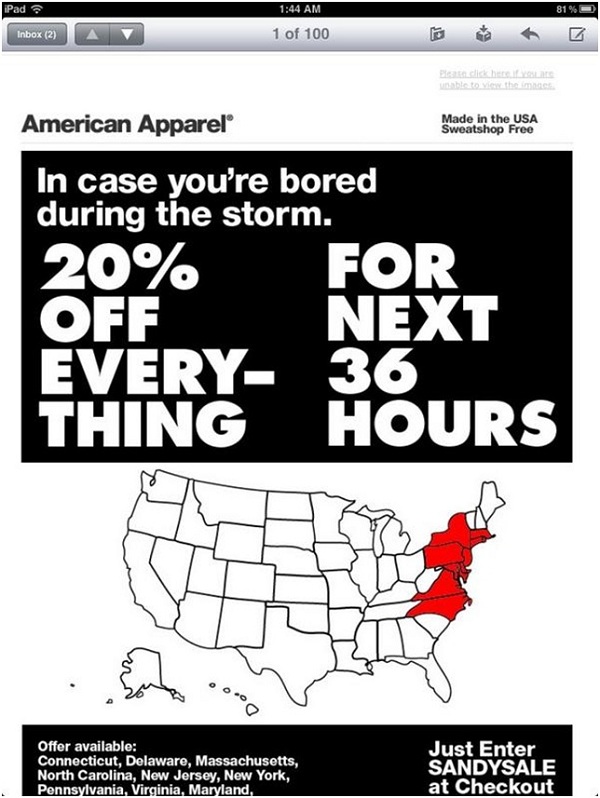 The “Hurricane Sandy Sale,” pictured above, consisted of an e-blast sent out the night of October 29th, offering 20% off to customers “bored during the storm.” The e-blast prompts recipients stuck indoors as a result of the storm to “Just Enter SANDYSALE at Checkout.” The result? Major Twitter backlash.

Small businesses looking for examples of big brands behaving badly can look past Hurricane Sandy to see other newsjacking controversies. Just last year, fashion designer Kenneth Cole’s Twitter account joked about the beginning of the Arab Spring protests in Egypt, tweeting, “Millions are in uproar in #Cairo. Rumor is they heard our new spring collection is now available online.”

Unfortunately, many young entrepreneurs and small businesses look up to the larger players in their industry to determine exactly how they ought to interact on social platforms. The problem is, these larger brands aren’t necessarily doing the right thing, with the newsjacking examples above providing just a few of many situations in which large companies make major social media mistakes.

There are certainly good ways to newsjack — though the Gap and American Apparel efforts were clearly not among them. “I think there can be a ‘good’ way to newsjack and a ‘bad’ way,” says Danny Starr, Director of eCommerce at Ottawa-based iWatchLife, on LinkedIn’s Marketing Over Coffee discussion group. One positive example coming out of Sandy is this e-blast sent from fashion recruiting and staffing agency JBCStyle to its subscribers: 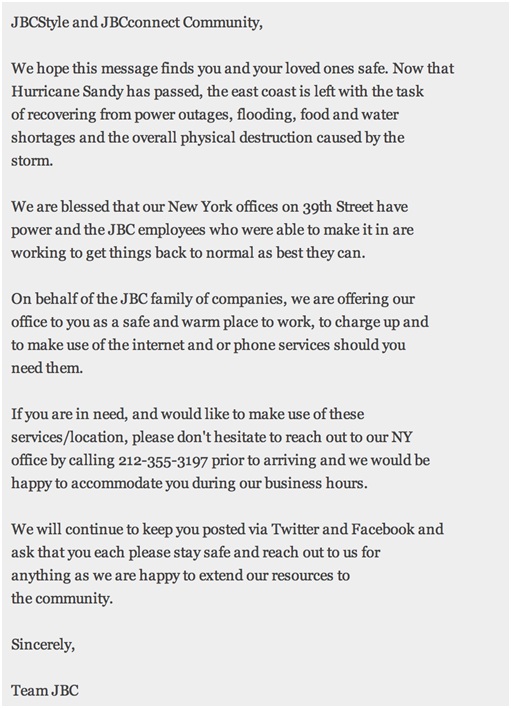 Some may not consider this newsjacking — but I’d argue that’s a good thing. Newsjacking shouldn’t have to *look* like newsjacking. Bottom line: I’m more likely to work with JBCstyle in the future as a result of their timely email. And it’s safe to say I’m not the only one.

So, is it worth it for your brand to newsjack? ”Before you try to capitalize on a catastrophic event, think about the potential backfire it could cause with not only consumers, but also the entire online community,” writes Tamara Weintraub, Content Marketing Manager for ReachLocal, writes in a Business 2 Community piece. ”If in doubt, it’s best not to post anything at all.” Tamara’s right: while you can get a quick sales hit as a result of newsjacking, you might impact long-term public sentiment towards your brand adversely if you don’t handle it right.

When there is a logical fit between a particular news story and your brand, and you have an opportunity to present your brand in a positive light, then it might make sense to newsjack. But don’t just newsjack to improve short-term sales; think about long-term public sentiment. Ultimately, newsjacking is something that would certainly fit in the “high risk, high reward” category of marketing. 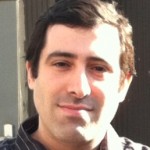 Jeremy Goldman, author of “Going Social: Excite Customers, Generate Buzz, and Energize Your Brand with the Power of Social Media“, is a recognized expert in social marketing, has managed e-commerce and social media for major brands, including Kiehl’s, TEMPTU, and Jurlique, and consulted with numerous others. He is currently AVP of Interactive Communications for iluminage inc., a Unilever subsidiary he helped found.