by Karen Edwards of AARP The Magazine 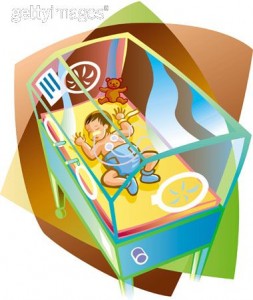 Thinking about starting your own business? If so, an incubator might be the best way to help your company get off the ground.

To join an incubator, prospective tenants typically must submit business plans, and they are expected to graduate in three to five years. By nursing baby businesses through their perilous startup period, supporters of incubators aim to boost local employment and earn back the investment when successful companies take off.

“The concept has grown steadily since the 1980s, when they first became popular,” says Linda Knopp, director of policy analysis and research for the National Business Incubation Association.

Today, 1,250 incubators exist nationwide, says Knopp, located in both urban and rural areas. “There’s been more interest in business incubators over the past four or five years, as communities and organizations look for ways to spur business growth and create jobs.”

Fueling that entrepreneurial spirit are people older than 50, says Michael Chodos, associate administrator for entrepreneurial development at the Small Business Administration (SBA). “The fastest-growing group of entrepreneurs today is between ages 44 and 59,” he says.

According to a March report from the Kauffman Foundation, new businesses led by members of the 55-to-64 age demographic have grown steadily, from 14.3 percent in 1996 to 20.9 percent in 2011. Boomers, observes Chodos, have the income, connections and experience they need to take a risk.

Incubators ease that risk, trimming startup costs as well as education, training and licensing fees. There’s also a less quantifiable advantage: Incubators are hubs for networking, offering tenants the opportunity to mix with people starting various kinds of enterprises. “One of the benefits most often cited by incubator clients is the ability to network with others going through similar highs and lows of starting and growing a business,” says Knopp.

That was a big plus for Connie Combs, 63, who found a home for her sewing business in the Anderson Business Incubator (ABI) of Anderson, Ind. Unlike The Starting Block, a “niche” incubator focused on a single kind of business, ABI was a traditional mixed-use incubator housing a variety of noncompetitive firms. Combs had been working full time at a bank while sewing drapes for interior designers on the side when she launched herself as The Mobile Seamstress, picking up and delivering her clients’ orders.

The incubator’s low rent kept her overhead down, and the monthly meetings with marketing and legal experts boosted her business acumen. “I knew how to sew and did that well, but that was it,” she says. “Just being able to talk with other business owners when you had a problem was invaluable.”

Learning what you don’t know

Education and training have always been the incubator’s mission, says Knopp. “It’s not until entrepreneurs become involved in running a business that they realize all the things they don’t know,” she says.

Ted Schultz, 56, owner of Hylan Design Ltd. in Chicago, can attest to that. Schultz started out working from a mixed-use incubator in the mid-1980s, paying $75 a month for work space and shared tool use.

Now, he’s such a fan of the incubator model that he sometimes runs his own, renting out extra space to other craftspeople to bring woodworking hobbyists out of their basements and into a professional work zone.

While Schultz says the incubator’s business education helped him develop his career, some of the best instruction he received came from other vendors. “Multiple-skill incubators like the one I was in allowed me to learn the basics of other trades,” he explains. “I was also able to watch what they did and sometimes to help.”

Still, incubators may not be for everyone, says Knopp. “If you’re the type who likes to work by yourself, or you’re someone who isn’t open to receiving advice or are reluctant to share figures, this may not be the environment for you.”

Most starting entrepreneurs, however, need all the help they can get. “We know that businesses that receive help as startups are more likely to succeed,” the SBA’s Chodos says. “You should not do this alone.”

This article was first posted in AARP The Magazine.