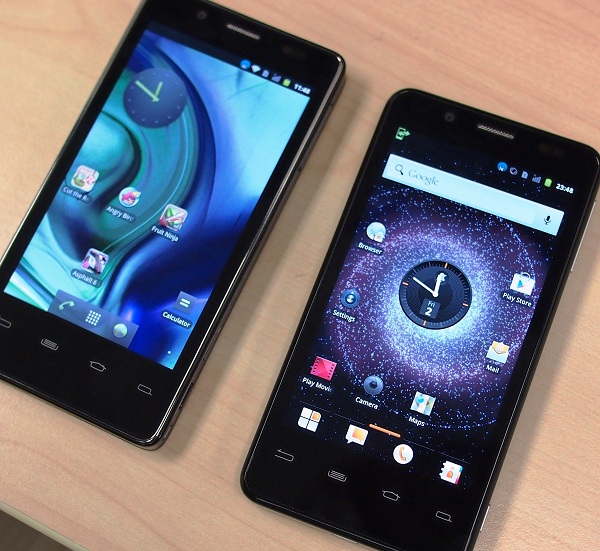 When we think of chip maker Intel, we tend to think of semiconductor chips or computer processors, those tiny bits of silicon and integrated circuits that are the brains in our computers and mobile devices. Yes, they are bits of technology for sure, but we seldom really look at Intel as a bleeding-edge technology company. Most often, the glory goes to hardware vendors whose products these chips go into – and we think it can be just that little bit unfair.

We recently got a glimpse at what the company has been up to – an “intelligent future”, if you like – and here we recap some of what we saw: 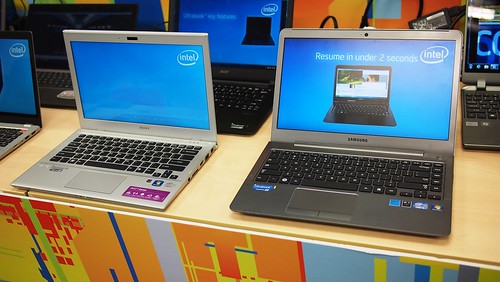 During Computex in Taipei last year, chip maker Intel introduced a new class of laptops called the Ultrabook, a type of sub-notebook PC that leverages on the company’s CULV (Consumer Ultra Low Voltage) processors for enhanced mobility and longer-lasting battery life due to its low power requirements and heat output. It resulted in an entire slew of light notebooks from PC vendors – from Samsung, Lenovo, HP, and ASUS, amongst others – that aside from better specifications, also incorporated smart technology in-built within the processor itself.

For example, these devices come in-built with Intel’s Rapid Start technology, which allows the unit to resume from a hibernation mode to active mode in less than seven seconds. 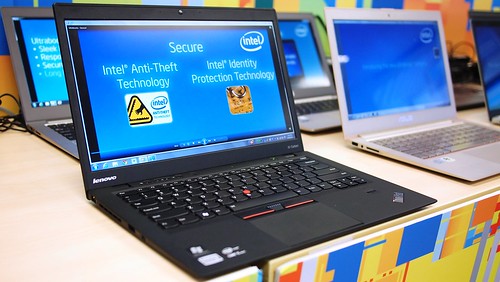 The company recently announced a collaboration with MasterCard to optimize a variety of emerging payments technologies, including MasterCard’s PayPass* and Intel Identity Protection technology, providing more options for a safer and simpler checkout process for online merchants and consumers using Ultrabook devices.

The Intel Anti-Theft technology, on the other hand, helps deter data and asset theft – a user can automatically disable a stolen Ultrabook so its data cannot be accessed. 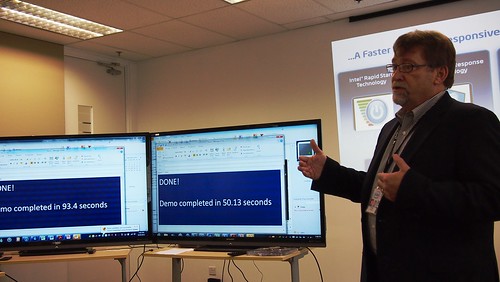 We were also shown proof of how fast the latest generation of Intel® Core™ processors, made with the world’s most advanced 22nm 3-D tri-gate transistors, really are. Intel’s advanced technical sales platform lab manager Thaine Creitz runs a speed test showing how an Ultrabook employing the 3rd generation processor can complete a series of tasks almost twice as fast as a non-Ultrabook version. 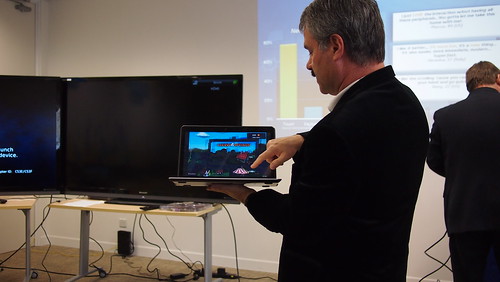 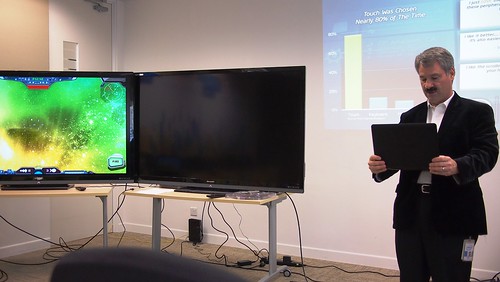 Weil then switches to a space shooter simulation that employs both its touch screen and the Ultrabook’s in-built accelerometer to control movement.

He also showed off the company’s Intel® WiDi technology, which allows the streaming your PC – or Ultrabook – to your HDTV (with WiDi technology built-in), without the need for an external adapter. The company is currently working with various System-On-Chip (SoC) vendors, including Cavium, MStar Semiconductor, Sigma Designs, Realtek, and Wondermedia, to put WiDi technology in most HDTVs, projectors, game consoles, and other devices. 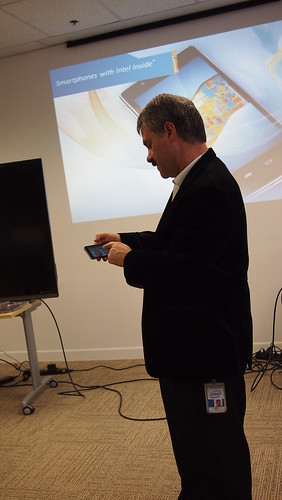 There’re even Intel-powered mobile phones, which run on Android OS. Currently Motorola, Lenovo, Orange, Lava and MegaFon have smartphones with Intel Inside. 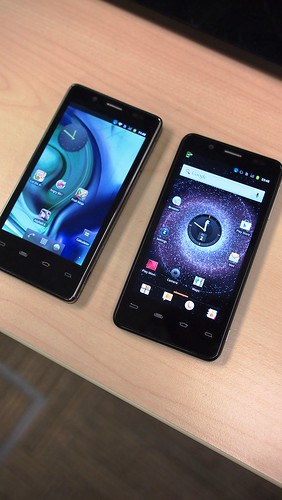 Here’s a closer look at the Orange San Diego and the Xolo.

Apparently there’s more to being a chip maker than silicon. What would your intelligent future look like?