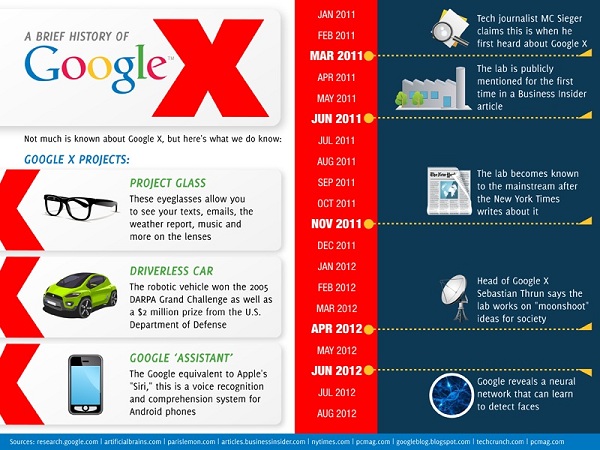 What’s cooler than a top-secret, high-tech research facility? One that’s run by Google! Located in the Bay Area of Northern California (though only a select few know the exact location), Google X Labs has a purported list of 100 projects in development that delve into the realm of science fiction, the products of which may just change how we interact with our technology and each other in the coming decades.

Here, we share a few of the formerly top-secret projects that Google X has unveiled in recent months, as well as some of the rumored research they’re doing on unbelievable ideas. All of them are sure to get you excited about what’s to come from this omnipresent tech company as they move from revolutionizing the search engine to revolutionizing, well, everything else.

This article was first posted in OEDB.