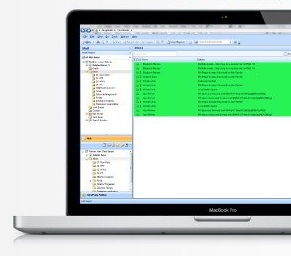 Admit it – if you’re anything near as busy as I am, you’ve hit the delete button on countless less significant emails in your email inbox. A solution, of course, is to attract less emails, but that’s not feasible. The more practical one is to find a way to manage and prioritize incoming emails.

Thankfully, there are various solutions that can help you do just that. We’ve previously featured Boomerang, a simple email plugin for Microsoft Outlook and Gmail (on Firefox and Chrome) that allows you to reschedule your emails so that they are resent to you at a later, more convenient date or time. Here’s another: SaneBox (www.sanebox.com) is an email prioritization tool that employs algorithms to identify priority emails and sends them to the email box, while sending others into a separate folder.

Once activated – it works on any email service and client – SaneBox helps sort incoming emails in terms of priority, dumping less important emails into a folder it calls SaneLater. Once a day (or as decided by the user) SaneBox sends a report to remind users to scan the SaneLater folder, and its algorithm learns for future prioritization tasks as users shift emails into their inbox as those they’d like to receive immediately in the future.

Other features include the ability to link emails to their social media profiles such as LinkedIn, Facebook and Twitter for better accuracy, while a SaneRemindMe reminds users about emails they sent that weren’t replied to. SaneBlackHole gets rid of emails from unwanted senders forever – why bother to unsubscribe to unsolicited spam?

By separating important emails from the thresh users can focus on important emails, saving time. According to Boston, Massachusetts-based SaneBox, its users save an average of two hours a week with its service. Is this worth US$5 a month to use?

According to its users, SaneBox delivers real value, saving users an average of two hours a week with a smart prioritization strategy that really works – one that thousands of users happily pay $5 a month to access.

CEO of SaneBox, Stuart Roseman, thinks that it is. “We set out to solve a burning problem that people had,” says Roseman, whose previous ventures included Gamesville and Gamelogic. “And as it turned out, the solution is very complicated. Our algorithms are highly personalized for each and every user, which can’t be done for free.  Our goal was to build a product that generates so much value that people won’t mind paying for it.”