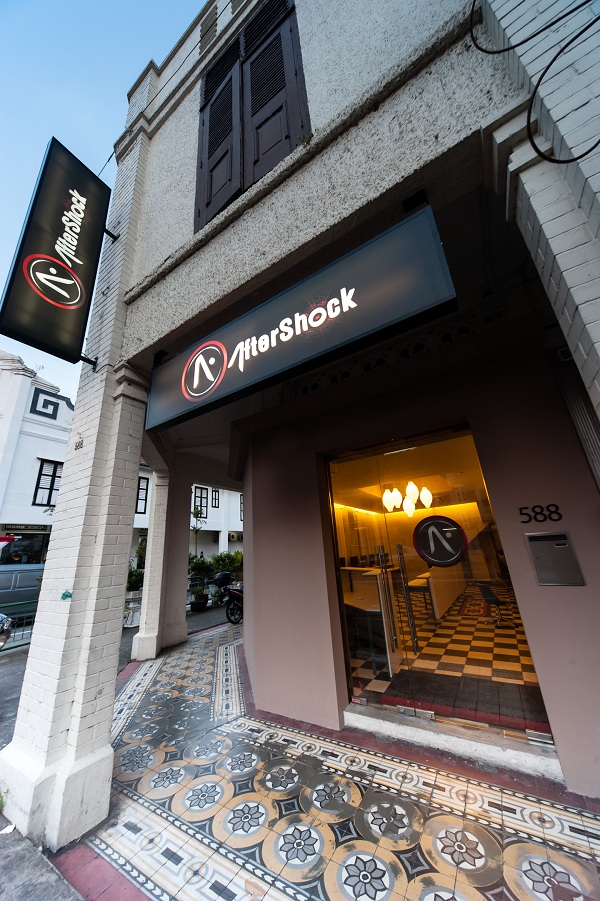 The AFTERSHOCK PC showroom, where users can test their gaming laptop builds.

Mention gaming and laptops in the same sentence and you’re most likely to associate them to the brands Alienware (by Dell), Voodoo (by HP) and in more recent times, Razer, with its recently-announced Blade. But a new Singapore hardware startup, AFTERSHOCK PC, believes it can compete in this market with its range of custom laptops wholly dedicated for gaming.

While PC customization is highly common in the Singapore market (computer shops will gladly build a computer from scratch for you at relatively decent prices), complete customization for notebooks, on the other hand, is almost unheard of. AFTERSHOCK allows customers get to choose the components that go into their laptops, with the focus on raw performance for games. AFTERSHOCK PC has announced that it’s making available two customizable gaming notebook computers in Southeast Asia – the more compact AFTERSHOCK X11 in a 11.6-inch form factor, and the larger and more powerful AFTERSHOCK X15 that comes in at 15.6-inches.

Pick A Component, Any Component 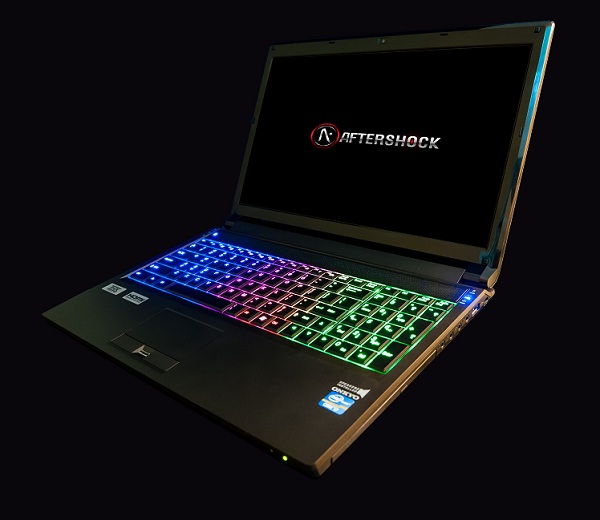 “There is a trend of (gaming) developers making visually stunning graphic-intensive games and we have built our products to meet these demands. We want to build systems that can run the latest games at the highest settings,” explains Marcus Wee, AFTERSHOCK‘s president and technical manager. “We let every user pick and choose each component that goes into their system, and we let users test the systems before purchase to ensure they are happy with the performance.” Users are able to test their builds at the AFTERSHOCK showroom to get an idea of what to expect from their machines.

“We fit into the custom notebook niche, as most brands just have products that have pre-defined specifications,” Marcus says, a hardcore gamer since young. (As an aside, I first met Marcus when he was interning at Creative Technology – he’d lug a huge 17-inch Dell laptop to work each day so that he can game at his friend’s place after work!)

“One of our main perks is that we offer the highest level of enthusiast graphics cards – NVIDIA GEFORCE 680M GTX and the AMD RADEON 7970M – even in a 15.6 inch notebook chassis.”

Marcus admits that allowing near full customization for their products can mean a nightmare for the young company’s logistics, especially when each machine will be manually assembled in their Singapore lab. “Getting familiar with the sourcing of individual components and the best practices for our logistics was indeed very challenging,” he reveals, but adds that it translates into the advantage of being able to offer very personalized service and product customization for users.

AFTERSHOCK declines to reveal sales or revenue targets, with Marcus saying that as a brand new concept they’re really looking to gauge acceptance in the local market.