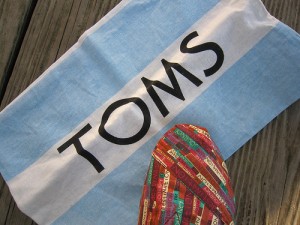 Business is not for the overly cautious or the faint of heart. If you’re going to run a business or invest in a company, you have to be willing to take risks, big and small. Sometimes these risks become regrets, but sometimes they turn out to be the best decision you’ve ever made.

Here are eight risky business investments that paid off big.

Target has prided itself on being a unique, consumer-savvy retailer that is above Wal-Mart and K-Mart. But well before Target became the store of choice for soccer moms and yuppies, it was just another low-brow discount retailer trying to keep up with its competitors. A big turning point in Target’s success was adding affordable versions of designer merchandise made by big-name designers like Issac Mizrahi, Mossimo Giannulli, Proenza Schouler, Rodarte, and many more. The collaboration was a risky, yet lucrative investment that has helped Target expand its consumer demographics and become a well-respected retailer.

Considering how incredibly popular Harley-Davidson is today, it’s hard to believe that the motorcycle company was ever on the verge of bankruptcy, but it’s true. Harley-Davidson experienced near-bankruptcy from 1969 to 1981 when the American Machine and Foundry (AMF) bought the company and turned it upside down. AMF’s decision to streamline production and slash the workforce resulted in labor strikes, low quality motorcycles, and declining sales. It wasn’t until AMF sold struggling Harley-Davidson to investors Vaughn Beals and Willie G. Davidson for $80 million that the company started to turn a profit again. Harley-Davidson returned to its beloved retro styling and started using high-quality parts, which helped bring back the buyers one by one. If those brave investors hadn’t taken a chance on Harley-Davidson and helped restructure its name, the “Hog” might have been ancient history.

Apple lovers around the world will find it hard to believe that one of the fastest-growing and most successful companies in the world was once close to bankruptcy. During the late ’90s, Apple was struggling to meet sales goals and internal power struggles were greatly to blame. After former CEO Gil Amelio was let go and Steve Jobs was brought back to fill his spot, things began to change for the better. Jobs helped restructure the brand and launch the revolutionary products that the brand is now known for. Jobs’ return to Apple proved to be a risky, but crucial business decision that helped steer the company toward infinite success.

Believe it or not, but the uber successful retailer, J. Crew, was once on the fritz with plummeting sales and branding issues. It wasn’t until Millard Drexler, former Gap Inc. chief, came to the rescue in 2003 and helped turn the company around for the better. Drexler is credited for saving J. Crew from bankruptcy by rebranding the store and giving it a new identity. Under Drexler’s leadership, J. Crew experienced a dramatic increase in sales, earning $3.8 million in 2005. Revenues have continued to increase every year and investors couldn’t be happier with what brave Mr. Drexler has done for J. Crew.

Google is one of the largest companies in the world and its founders, Larry Page and Sergey Brin, are some of the richest entrepreneurs to date. But before Google became the giant corporation that it is today, it was almost sold for a shy $1 million to Excite CEO George Bell in 1999. Brin and Page nearly gave up their would-be fortune because the search engine they built was taking up too much of their time and distracting them from their graduate studies. The risky transaction did not happen because Bell rejected their offer and negotiated them down to $750,000. Their patience paid off months later when big name venture capital firms Kleiner Perkins Caufield & Byers and Sequoia Capital invested $25 million in Google.

TOMS Shoes may be as well known for their charitable shoe drop as they are for their fashion. Since the company launched in 2006, TOMS has provided new shoes to children in need through their non-profit organization, Friends of TOMS. The One for One program has given away more than 1 million pairs of shoes to children in more than 20 countries worldwide. Founder Blake Mycoskie created TOMS with the original intention that for every pair of shoes sold, a new pair would go to a child in need. After developing his idea, Mycoskie sold his online driver education company and financed the shoe company himself. He has remained true to his company’s mission and, although he may have lost profits in the process, his innovative business model has certainly paid off big.

The story of Whole Foods Market begins with four brave businesspeople living in Austin, Texas, who decided that the natural foods industry was in need of a leading supermarket. Founders John Mackey and Renee Lawson Hardy, owners of Safer Way Natural Foods, and Craig Weller and Mark Skiles, owners of Clarksville Natural Grocery, were determined to make this happen even though popularity for local, organically grown foods was still rather low in the late ’70s. In 1980, they decided to leave their small natural food stores behind and invest in a game-changing supermarket that we’ve now come to know as Whole Foods Market. The organic grocer became an instant success and the founders’ hard work definitely paid off big.

Spanx is one of the biggest names in the hosiery industry, but her “body shaping” pantyhose and undergarments weren’t always considered to be such a novel idea. Founder Sara Blakley is quick to admit that she didn’t know much about pantyhose or business, but she did know that she didn’t like wearing pantyhose with seamed toes and that the industry needed a version that slimmed and shaped women. Blakely was turned away by lawyers who thought her idea was “so crazy,” she said, and decided to write the patent herself and later found a lawyer who was willing to write the claims. The brand quickly took off and her branded shapewear is estimated to have made $750 million in 2008.

This article was first posted in Online Business Degree.